In these Corona days, most of us are working from home. My mind wanders during the breaks that I get in between various meetings. One of the destinations it reaches is Gangtok, the capital of Sikkim which has become famous for its zero, yes zero, Corona case. The state reported its first victim on 24th May, after the entire country’s tally had crossed 1,25,101.

Sikkim has been my dream destination as every place in the state recharges and rejuvenates one’s mind and body. The tranquillity and beauty of the Himalayan Mountains provide nectar for life. It has rich biodiversity to explore; some herbs may provide the ingredients that would help in development of medicine for fighting Corona virus. In addition, Sikkim has many famous tourist and pilgrim destinations for the Buddhists and Hindus.

Sikkim was a British protectorate having borders with India, Nepal and Tibet. British were interested in Sikkim, a territory haunted by Nepal and Bhutan, as they wanted a trade route to Tibet. Apart from its strategic importance, there was personal relationship developed between the Prince of Wales (the future King George V) and Chogyal when the former arrived in Calcutta on a state visit in 1905. They not only made excellent acquaintance but developed their relationship further when the Crown Prince of Sikkim, Sidkeong Tulku was sent to study at world famous Oxford University. Sidkeong, after coming to power, negotiated sovereignty for Sikkim from King George’s government. He started sweeping reforms while ruling as Chogyal. 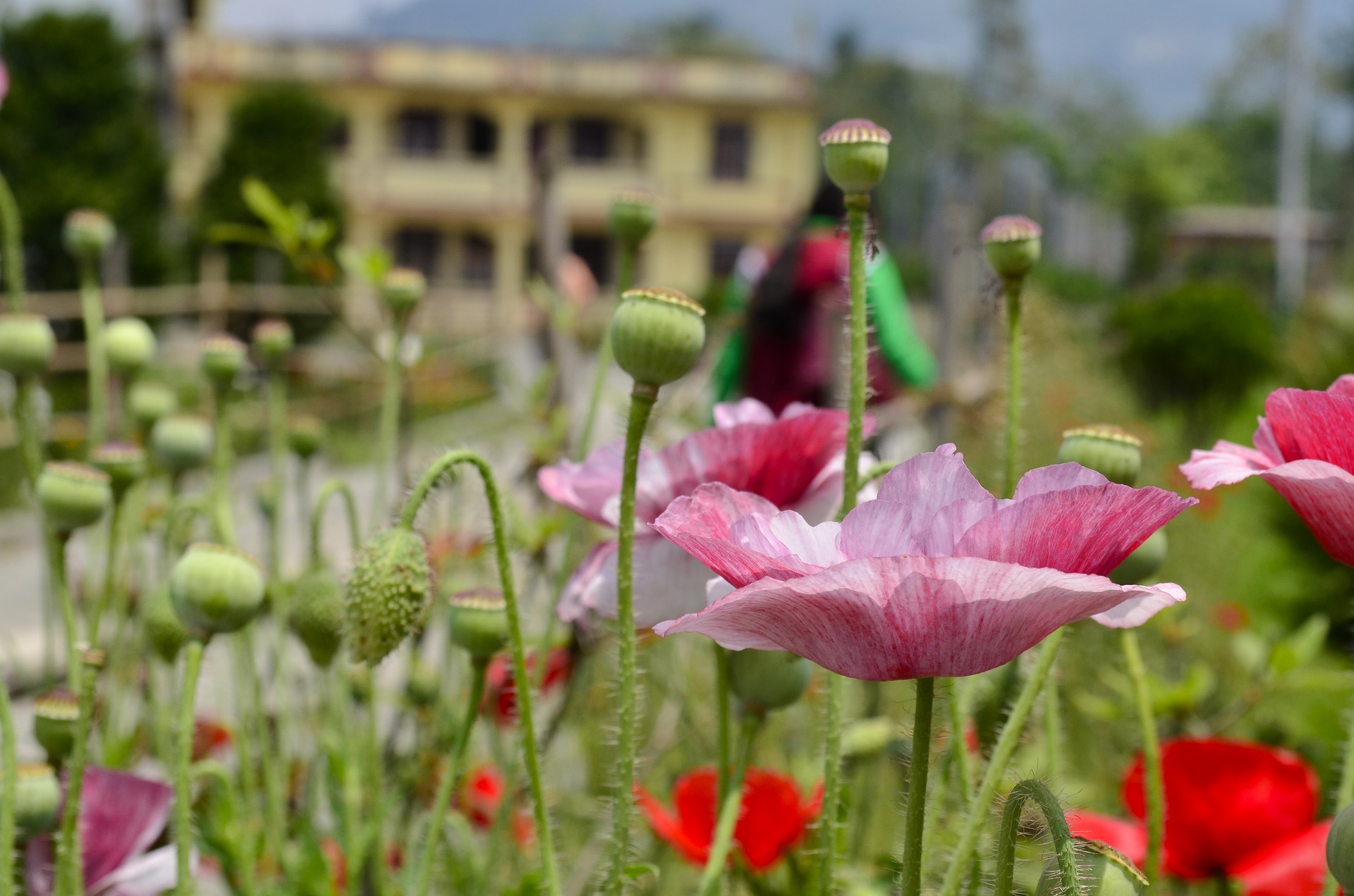 Even though Sidkeong’s rule ended in 1914, Sikkim got independence in all its domestic affairs in 1918. Further, the kingdom got guarantee of independence from Britain. With the independence of India in 1947, such guarantee was transferred to the Indian government. The then ruler Tashi Namgyal died in 1963 from cancer. Trouble began to brew over the successor, thus, the next Chogyal Palden Thondup Namgyal, could ascend to the throne in 1965. The Chogyal could not withstand the mounting pressure of divisible forces and took to drinking. His wife Hope Cooke, an American socialite, too, became a cause of instability, and finally the people overthrew the monarchy.

Under the above circumstances, India took control of Sikkim in April 1973 making it an associate state. The Sikkim Parliament announced that the king was deposed and that Sikkim had become part of India through a referendum. India, too, had to take the constitutional step. Consequent to the referendum in Sikkim parliament, the Indian parliament announced on May 16, that Sikkim officially has become a state of India. The new state of India had its first assembly election in 1979 in which Nar Bahadur Bhandari was elected as the Chief Minister of Sikkim. Since then, democracy has flourished in Sikkim. Despite all these changes, the core values of the people, especially their relation with nature, never changed even when the COVID-19 pandemic gripped the entire world.

Despite fear and uncertainty, the State of Sikkim, till date, has managed to keep the number of people affected by the Corona Virus to Zero. The present Chief Minister Prem Singh Tamang has shown great skill and empathy in handling the situation caused by Corona virus; he has been proactive. Without waiting for any instruction from the centre, he took the command in his hands that made it possible to decide various initiatives and to take timely action by his government. Photo by Pulak Bhagawati on Unsplash

When the first wave of COVID19 cases hit the country, Sikkim was the first State to suspend the entry of all foreign and domestic tourists and sealed the state borders immediately. Only two check posts, one at Rangpo in East Sikkim and the other at Melli in South Sikkim, were kept open. The traffic was very strictly controlled by monitoring each and every entry and exit, round the clock; proper vigilance of the records, too, was done. People passing through these two borders were to pass through compulsory thermal screening. The process was started not only well before other States but also before any directive was issued by the Government of India. The Sikkim government had swung in action swiftly in setting up a State Level and District Level Task forces for tackling the situation arising out of the spread of Corona virus. 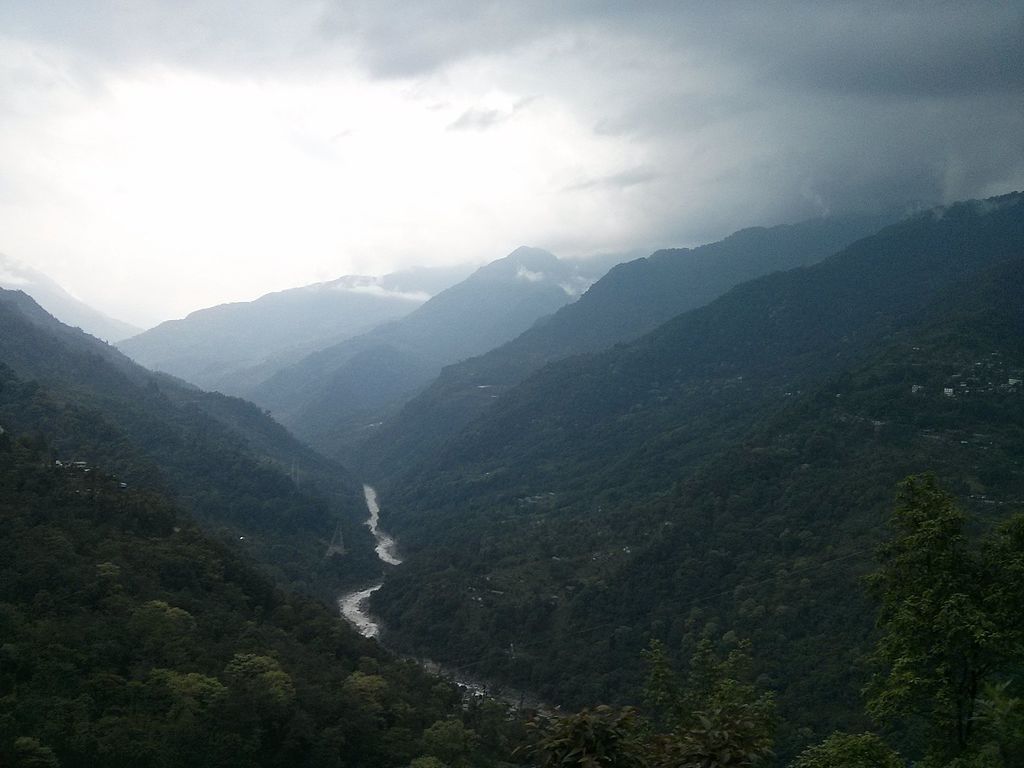 The Chief Minister Tamang was the first to raise the alarm against any gathering. Schools, Colleges, Public places like pubs, cinemas, gyms etc. were identified and immediately closed down. Further, he suspended all public gathering and events till further instructions. Government offices, other than those rendering essential services, were closed down. Officials, staff and workers employed in essential services were asked to work with less than half the workforce to tackle the situation in the State. Even in working so, strict compliance of social distancing norms was adhered to. The weaker sections of the society were cared very well by providing them immediately relief package of essential commodities by the state government. Unlike other states, where migrant workers did not know what to do; whether to stay back or reach home somehow, the Sikkim government had identified the migrant labourers stuck in the state due to the COVID 19 outbreak. The government was proactive in retaining them in the state by providing regularly the relief package. Thus, the chaos that arose in various states, especially in Maharashtra, Gujarat and Delhi was prevented.

Health service is an important part of social welfare. The state government immediately identified locations all over the state to set up quarantine centres and convert district hospitals into isolation units. A dedicated COVID hospital was set up at New STNM Hospital in East Sikkim and the process of building a Research and Testing centre was immediately started. Further, medicines, testing kits and all required equipment were procured in adequate quantities.

The government was quite alert towards Corona warriors, who are the people most challenged in this Corona times. It is because of them that people, at large, are able to stay at home. These warriors, at times, have to work for weeks together without seeing their family, thus, may get into distress. Sikkim government took immediate decision to provide financial incentives to these Corona warrior (Health workers, Police, Safai karamcharis, ASHA workers and media persons). All daily wage workers in pharmaceutical companies and Temi Tea Estate were provided additional Rs. 300/day to help them to sustain themselves in this crisis. In addition, health insurance was provided to all healthcare workers. 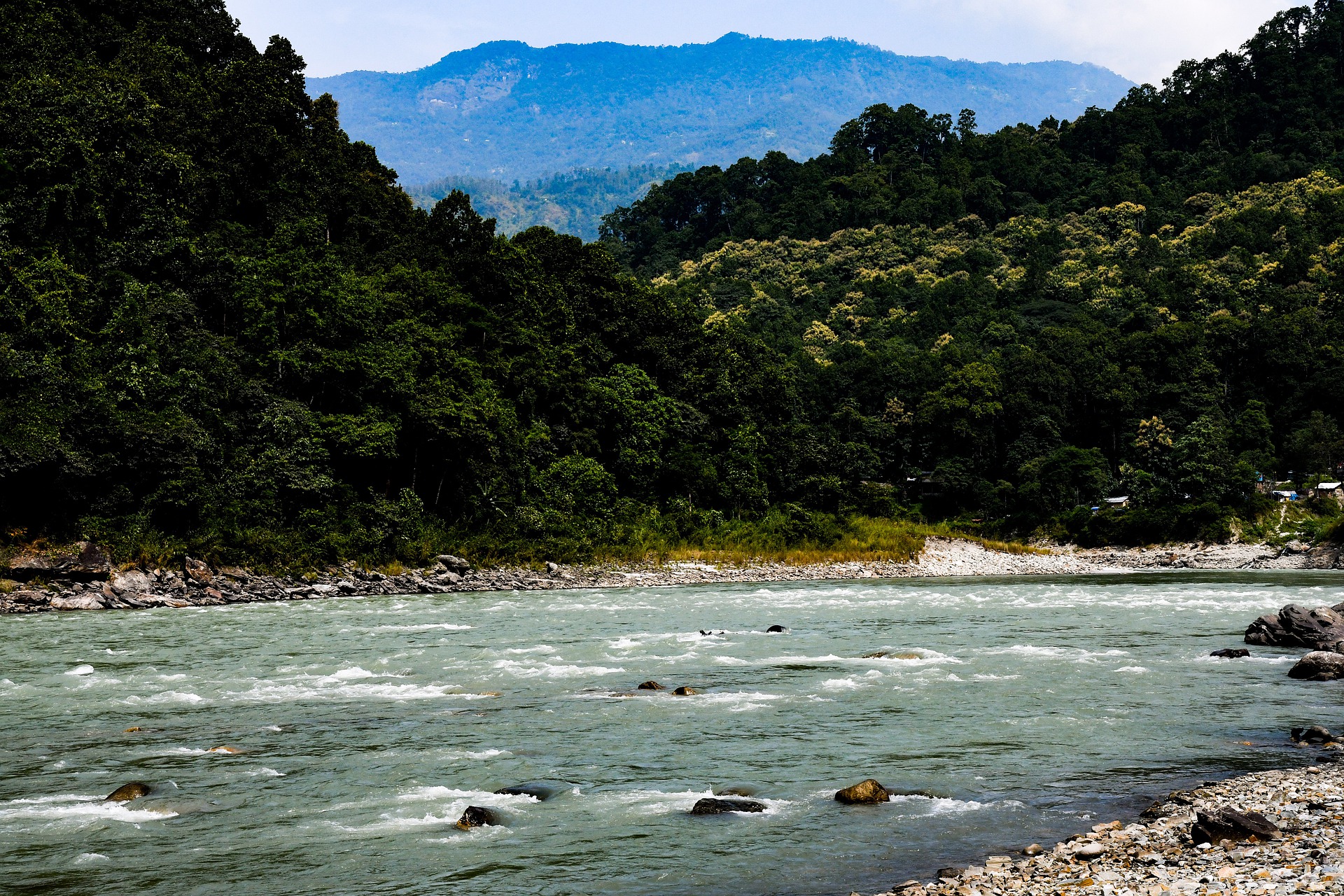 Like people from all other states, some people from Sikkim, too, are stranded in other states. In this regard, the Sikkim government made all out efforts to reach out to their people. A big proportion of these people are the students who are stranded in different parts of the country due to the lockdown declared from time to time. To deal with situation created by COVID19 pandemic, the government has created a mechanism to bring back people stranded in other States. Working under this mechanism, points of contacts were set up for assisting the Sikkim’s people stranded in cities like Mumbai, New Delhi, Bangalore, Hyderabad, Kolkata, Guwahati and Siliguri.

As regards students, financial assistance of Rs.5000 each was transferred to every student stuck in other parts of the country. Those who are undergoing medical treatment outside the State, and were stranded due to the lock down were provided financial aid of Rs.30,000 each. In addition, the state government was in regular touch with other state governments to address any instances of hardships faced by the Sikkim’s people lodged in their states. Further, the state has already started the process of evacuation of stranded people back to the State. A State level Evacuation Cell under the State Task force was formed with a Nodal officer and team of officers to facilitate the safe return of people from other parts of the country in a phased manner. The highest health safety standards are being followed in the process in regards to the evacuation.  A mandatory health check-up and quarantine is done in case of each returning person. While people are staying at home during the lockdown, their requirement of medicines and other essential supplies has been maintained in an efficient manner. The state government ensured that all medicines and other essential supplies were readily available to the people despite the nation being in a state of lockdown. Medical shops were kept open and the state through SIMFED (Sikkim State Cooperative Supply and Marketing Federation Ltd) started the delivery of fresh local vegetables to the doorsteps of the people through vans operated by Covid19 tested person. This was ‘killing two birds with a stone’ as it helped both the people and the farmers during such difficult times.

Sikkim has been diligently following the orders and guidelines issued by the central government towards tackling COVID-19 right from day one, The state observed the Janata Curfew, 9 PM 9 Minutes initiative, and also carried out public awareness campaigns to inform the people about Aarogya Setu App, its purpose and why it is mandatory to have it. Guidelines for compulsory use of face mask, and maintaining social distancing were issued in initial phases, which disciplined people of Sikkim followed rigorously.

Strategy is not about only planning and implementation but feedback forms an important link in strategy. The State Government has created a feedback portal that was launched to receive feedback and suggestions from all sections of the Sikkim’s people. In these Corona days, the feed is looked into and proper action taken immediately both by district and state level officials as this portal is manned by a dedicated team of officials. These officials form the interface between the Government and the people of the state, therefore, there remains no gap between the cup and the lip. One may say that Sikkim is a small state having a population of 6.9 lacs only, therefore, it is easier to handle Covid19 situation. No doubt, the population density is far lower than some of other states and much lesser in comparison to densely populated metros like Mumbai, Pune, Delhi, Chennai, Bangalore, Hyderabad and Kolkata, the prompt and proactive action taken by Tamang government needs to be appreciated. It may be noted that some of the Union Territories with much lesser population have Corona cases. Let us hope that other states take lesson from Sikkim for handling Covid19 situation.