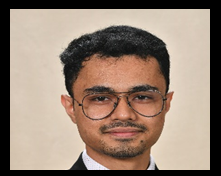 I still remember, I was taking my mom out for her health checkup when I got a text message saying, “Congratulations you have been selected for the PGDM program”. I always wanted to get out of home and live in another city, and this message was the realization of that wish. I took a few moments to myself and let that sink in. The possibilities of living alone and meeting all the new people ran through my mind, much faster than I could keep track.

Soon after I let my family know, and the before I could prepare to leave, the lockdown hit, and all plans went astray. I was one of those unfortunate students who did not see the campus before applying, during the GDPI and after admission. But with the spirit of a new beginning I joined the new WhatsApp group created by the institution to provide regular updates and it was filled with a large number of “+1”s by fellow students who wanted to show support to any relevant query raised by other students. After almost a week of countless “+1”s the first unofficial group for PGDM was created and all hell broke loose! The pent-up excitement of all the student unleased into this group with a speed of over 100 messages per minute.

But I was a latent observer, in real life as well as in the large number of groups that were created henceforth. It wasn’t until the first week of classes that I met and talk to some people and my first work team was for design thinking, it probably sheer coincidence that I the 4 people in that group that made for just 1 assignment became so close. Apparently, that was the case with everyone, it was evident with the amount of dismay displayed by everyone when the official workgroups were announced. But the journey went on, the focus was to

familiarize us to the people whom we had never met before and only seen in a box on the screen. 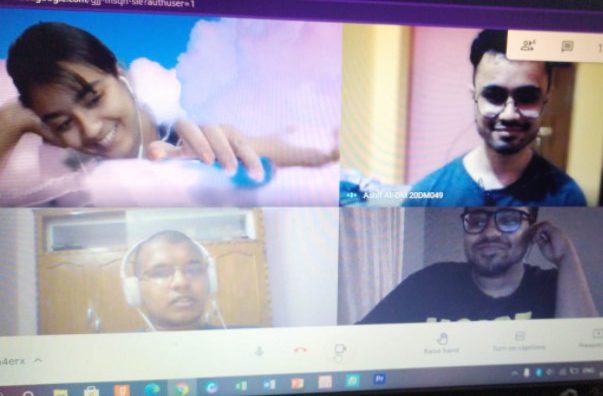 Opposite to my nature, I interacted during the classes and that created somewhat of a “nerdy” perception since people approached me for help and then they realized I was as lost as a human as they were! I let in new people and experiences and bid goodbye to my sleep cycle. The constant pressure to finish a report and the next presentation kept us on our toes and the funny part was that, in order to hang out with friends, we had to enter another zoom link or a google meet. The professors and handful of seniors also did not hold back to give us more details about how much our batch was missing out on the campus life. But this all passed by along with the online exams which was the elephant in the room, but eventually, the day arrived, and all of us were invited to the campus! The feeling on receiving the first text message revived suddenly and this time there was no going back. Very eagerly, I started looking for flights and prioritizing things to pack. It almost felt like a hallucination of sorts, but suddenly I was standing at the security check counter at the airport with the boarding pass in hand, I found my seat and dozed off, opened my eyes in New Delhi. “It is finally happening, I am here” I thought as I made my way out of the airport, took a deep breathe and booked a cab. Within an hour I was at RCI Vidya Vihar, the place memories are made, the place which will be my new home, old building with new people. I signed in, had a formal chat with the warden and then moved to my room on the third floor. Another coincidence, the 6 people living with me in the cluster had the exact heights and body types to the point where out clothes fit each other perfectly and all of us had poetic interests.

We were in quarantine for around 16 days, food was delivered at outdoor, and everything else aside the food deserves a separate mention, hostel food being so well prepared is almost too good to be true. We worked out every evening and at night we sat and read out poetry and one of us sang soulful songs, it was a ‘Mehfil’ of sorts. But like all good things it did not last. Soon offline classes commenced, and everyone got busy with their tasks, Afterall we had to gain value to be suitable during placements. Silver lining here was being able to spend time in the lush green campus, and the severely underappreciated and very well-kept library.

But finally, being able to ‘meet’ the professors was remarkably interesting, almost like being introduced for the second time. Days went by and the enthusiasm declined by a hint, but there was a new talk in town – summer internships. There was an unspoken competition that arose, it was a cold war, on who can land the best internship. On my part, I was very picky and fortunately in landed exactly what I was looking for – equity research while working from home. This was a new chapter, breaking away from the cocoon of known faces and interacting with industry professionals who had high expectations but humble attitude.

So far, I am done with 1 month of my internship and I realized how much I did not know, this has been pushing me to become more diligent in terms of approach and simply give in to the grind.

If there is one aspect, I can be sure about regarding my time at BIMTECH is that the grind never stops, sometimes it does get a bit overhead, but we need to adapt. Corporates will not offer a cake walk; we will simply need to train ourselves to make it seem like one.

Another great memory that I will always cherish is the sports, the countless hours of football, basketball cricket, volleyball and table-tennis that we played will always be a cherished deeply.