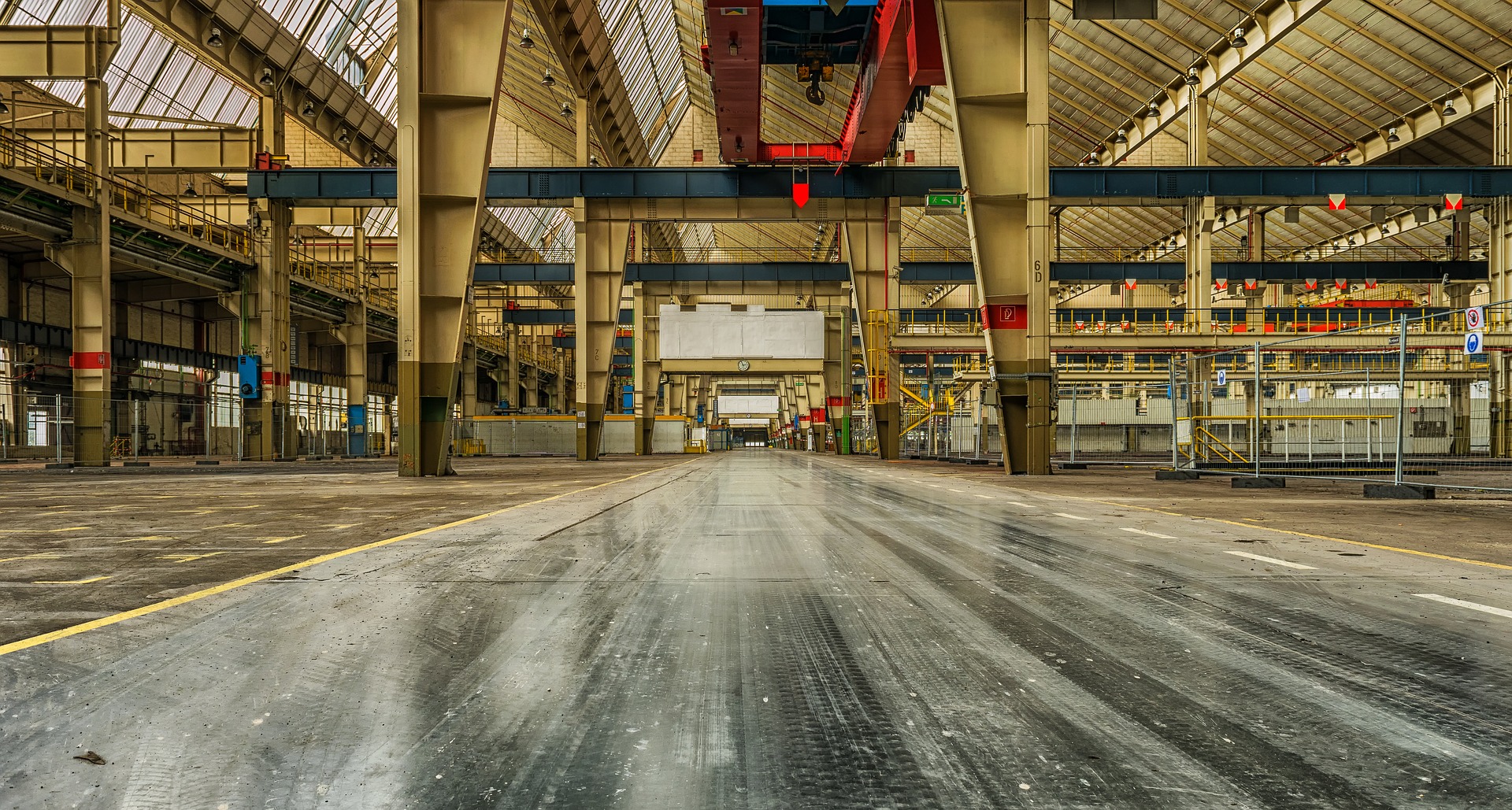 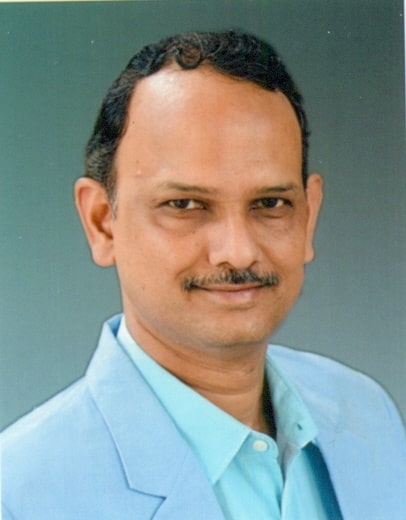 Prime Minister Mr. Narendra Modi address to the nation on 12 May which emphasized on importance of “Atmanirbhar Bharat” (Self-Reliant India) and “Vocal for Local” have started showing its impact. According to reports published by newspapers recently, government run stores like the Canteen Stores Department (CSD) and the Central Police Canteen (CPC) have started asking suppliers about place of manufacturing and country (ies) from where raw materials are sourced. Modi through his speech seems to have joined other economic powers of the world that are ready to move away from path of globalisation to the path of protectionism. Before we move ahead let us talk about different waves of globalisations that have swept the world since 19th century.

The first wave of globalisation began in the late 19th century and continued till 1929. These years witnessed high growth in European and American economies along with their integration with the rest of the world. Globalization slowed down in 1914 with the beginning of World War 1, and then it started declining in the year of 1929, the year of great depression. This event resulted in protectionist policies being adopted by several governments of the world. This dis-integration or de-globalization of the world economy continued till 1970s, after which we see beginning of second wave of globalization. India also followed the policy of protectionism after its independence for more than four decades. The global economy started to integrate with adoption of market reforms in China (1978 onwards) and coming back of Russia to world economy after disintegration of USSR in 1991. 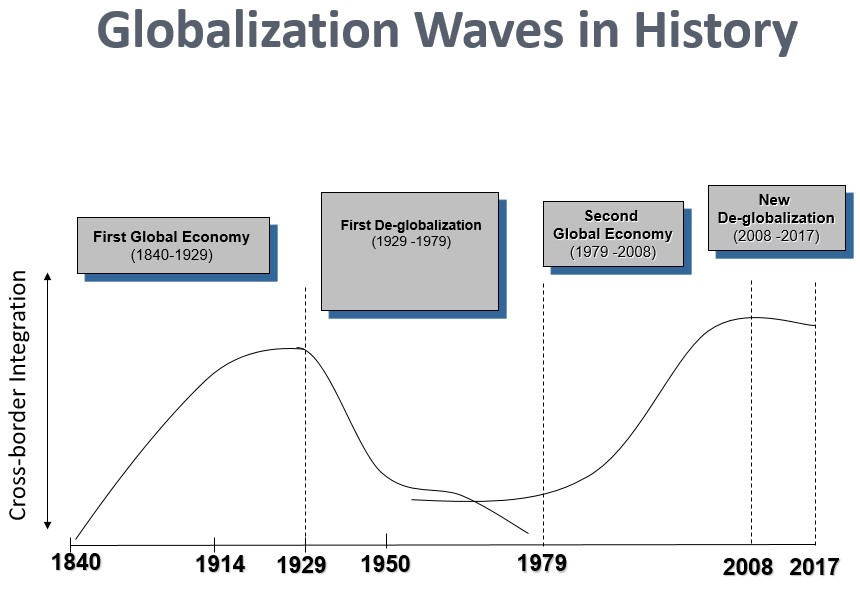 The current wave which is having a negative impact on globalization started much before the onslaught of Covid-19, with the financial crisis in 2008, followed by US-China trade war (which started in 2018). Now with current crisis of Covid, globalisation is further impacted negatively. Countries like Japan has set aside $ 2 billion for firms to bring back high value production back home from China. As per the Economist Magazine, US is also asking companies like Intel and Taiwan Semiconductor Manufacturing Company to relocate their production to US. Various economists have also predicted that in post- Covid scenario regionalisation of global supply chains will happen. 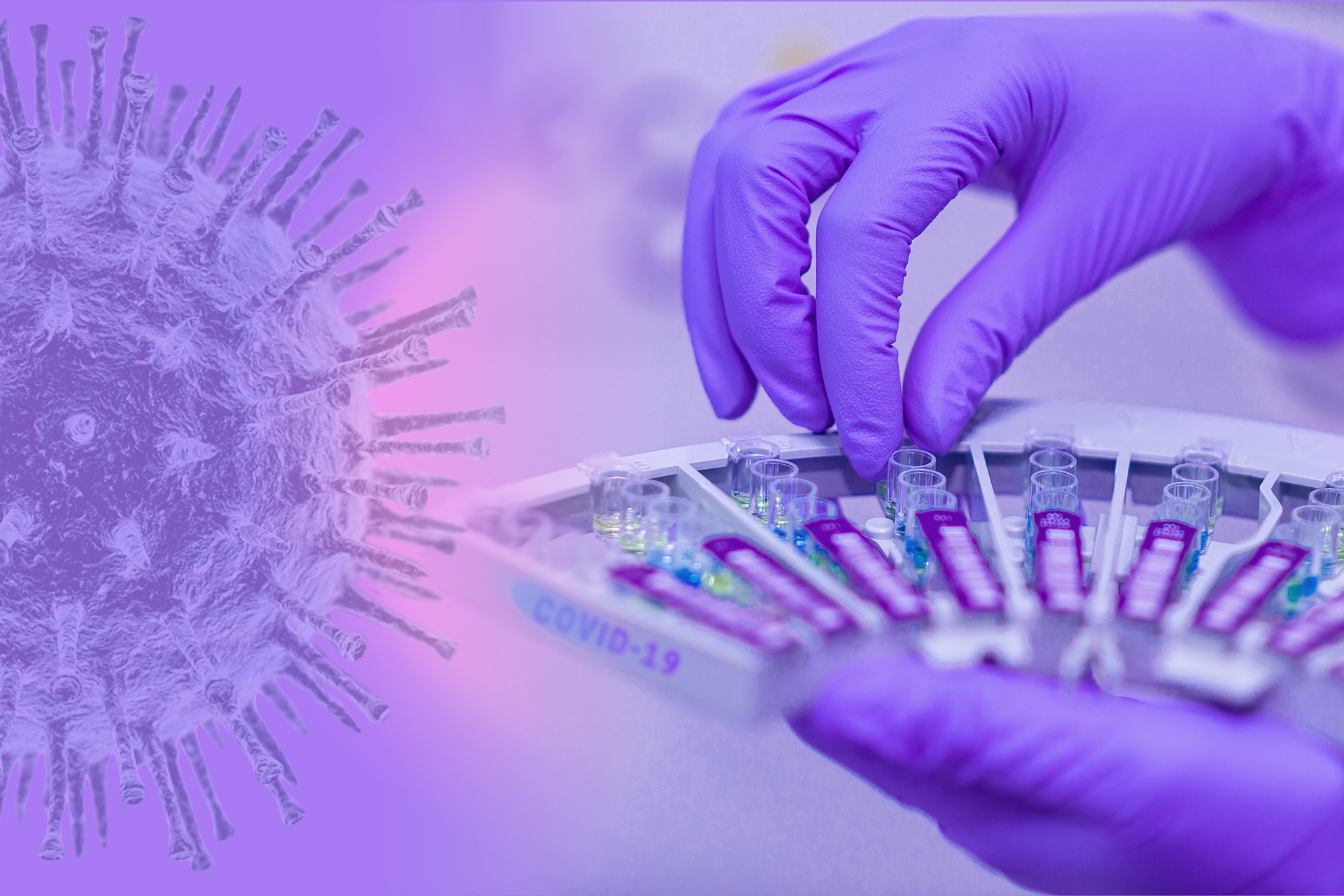 India’s Dependency on Other Nations

In his speech, Modi emphasized on the need for a self-reliant India through the example of PPE kit and N-95 mask, which were earlier not manufactured in India but with the rise of Covid-19, India started manufacturing 2 lakh PPE kits and 2 lakh N-95 masks every day. He urged the country to convert disaster into opportunity. Let us have a look at current status of India’s dependency on other nations.

India is highly dependent on China for imports (~ 14 per cent). India’s dependency on imports from China is high in the following sectors: In pharma sector, Active Pharmaceutical Ingredients (APIs) or bulk drugs are required for manufacturing finished pharma products. As per the Ministry for Chemicals and Fertilizers, two-thirds of the total bulk drugs imported by India comes from China. According to the Indian Drug Manufacturer Association, India imports around 90 per cent APIs required for life saving drugs from China. Other pharma products in which India has high dependency on China are medical equipment where India imports 60 % of its requirement from China. According to the Confederation of Indian Industry (CII), India is a heavy importer of primary and critical components used to make smartphones and computers including Printed Circuit Boards (PCBs). Around 88 per cent of the components used by the mobile handsets industry are imported from China. At present, the role of industry is limited to assembly of the product with very little value addition. Other products heavily imported from China are cells and modules used by the country’s solar power industry, chemicals for making battery used in electric vehicles, auto components, special chemicals in textile used for manufacturing denims, bicycles and toys.

Challenges in being “Aatam Nirbhar” and “Vocal for Local”

If the Government moves ahead with “Self-reliant India” or in other words, import substitution policy, this would mean that country will be producing everything, irrespective of whether it is able to produce it efficiently or not. This would mean that the country will be putting its resources in those sectors also where the productivity is low. According to theory of comparative advantage, the benefits would be lost as less resources would be available for those sectors where it can produce quality products at comparative low costs and can sell to other countries.

The era of protectionism, which focussed on self-sufficiency, that India witnessed during Nehru-Indira time did no good to India. These policies resulted in uncompetitive high cost industries; imports were discouraged through high tariff barriers. This in totality did great harm to economy and brought lot of pain to the consumer.  This was reflected in the fact that India’s share in world trade decreased from 2.2 per cent to 0.45 per cent from 1950 to 1985 and GDP growth in three decades after independence was also a meagre 3.5 per cent. Returning back to the same policies again will further result in further deterioration of the situation created by current pandemic 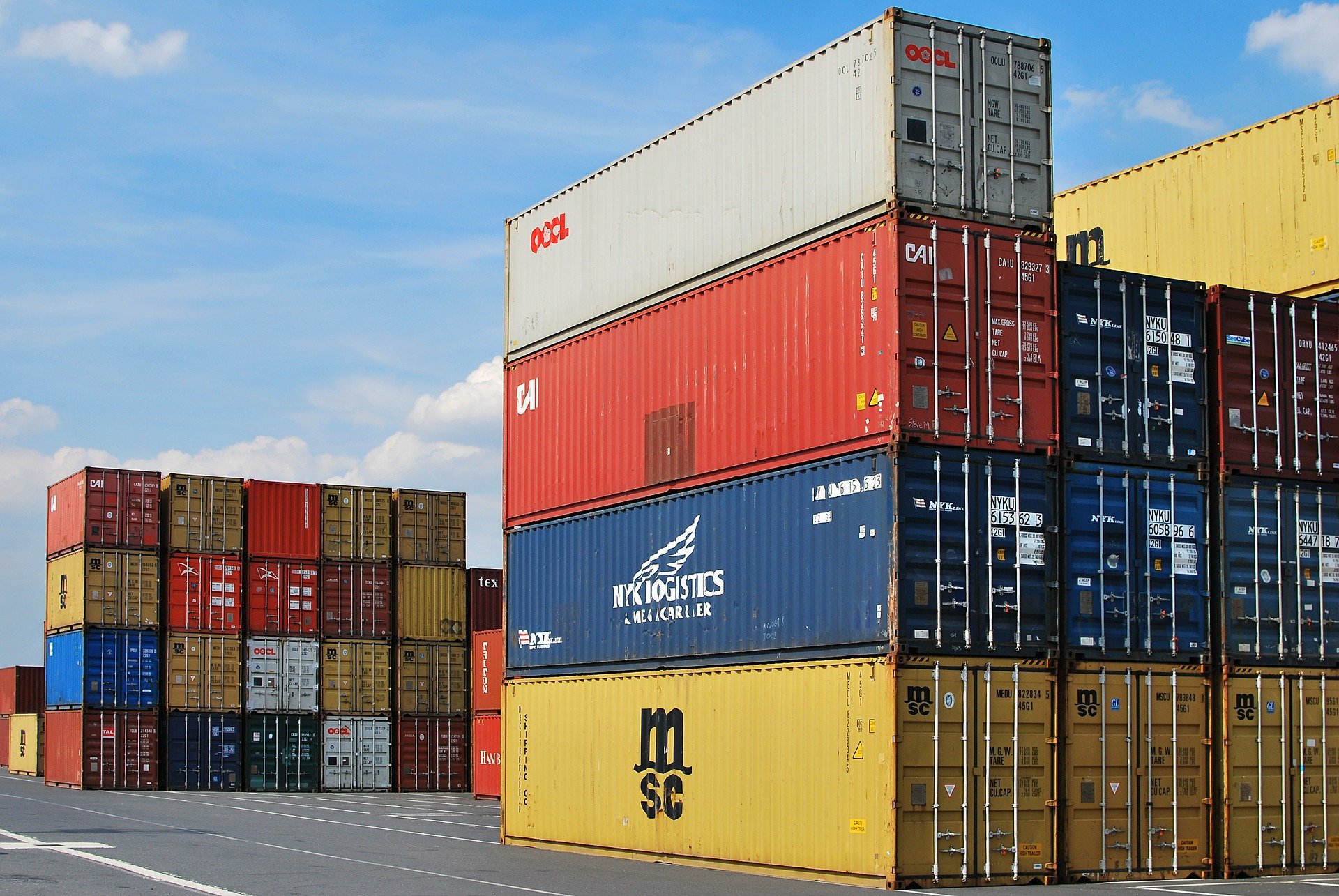 It is perfectly fine to import components in pharmaceutical, electronics or automotive sectors and be part of the global supply chain as long as these sectors are able to do value addition. The way to make supply chain more resilient is to keep them diversified, and thus achieve economies of scale.

It is not the import dependence but rather export dependence that creates problem for the country. This is precisely what happened to Latin America after the Great Depression of 1929 or currently what Trump is trying to do to China through trade war. For India this is not the case as its export basket is well diversified.

With regards to import, India should have a diversified supplier base located in different countries so that the supplies are not interrupted due to problems in one country. In case of pharma sector, majority of bulk drugs or medical equipment are imported but Indian exports are also significant (US $ 19.3 billion in 2018-19) and it is one of the major global players. Indian sectors should think of appointing suppliers in countries other than China also. Our mindset for imports should not be devoid of China but it should be China +1. 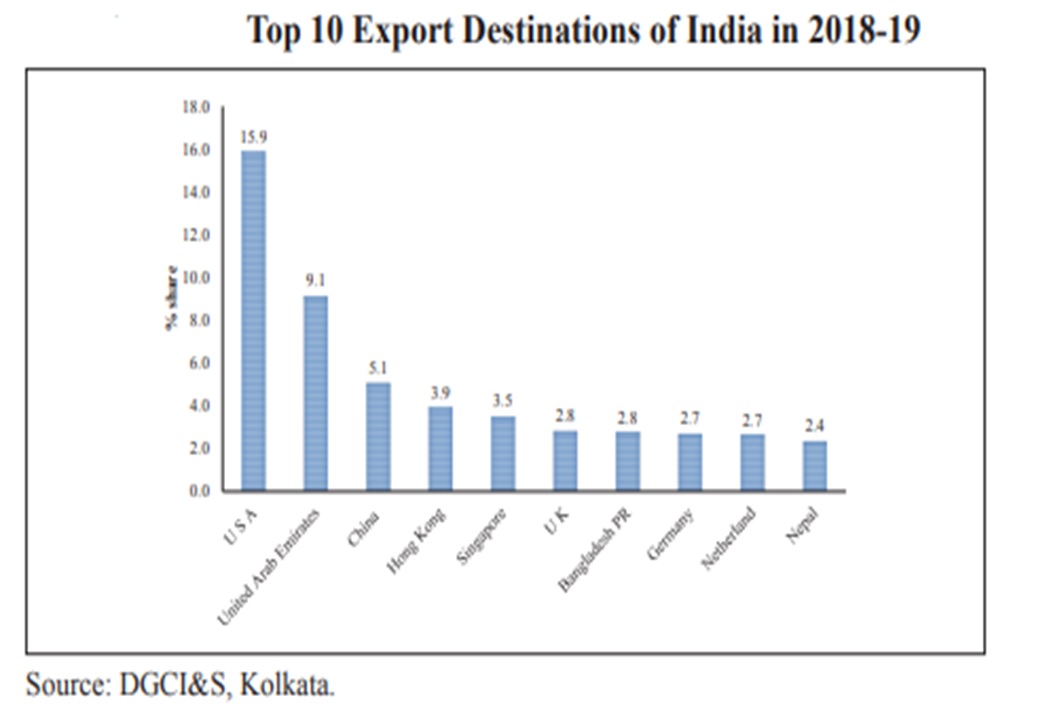 Some of the newspapers have also quoted government officials that in the coming months, the Government will encourage exports in different areas by providing more benefits to exporters and discourage imports by means of non-tariff barriers. It is important to mention that it is not only the incentives which results in higher exports but having competitiveness is also essential. It is also important to improve the quality and image of the products and reduce transaction costs.

Putting tariff and non-tariff barriers on imports might be even more serious, because you might have similar restrictions being put by other countries as well. With US, which is a top export destination for India, there has already been some tensions over tariff in recent past due to negative balance of trade of US with India. Tariffs were increased by Trump Government in 2019 on Indian steel and aluminium industry. Indian products might also face similar treatment by other countries if tariff and non-tariff barriers are been imposed by India on imported products. The problem might aggravate with China also if India imposes barriers, as currently many industries are heavily dependent on Chinese imports.

Modi also mentioned about brands “global brands now, were earlier local brands”, perhaps he is hinting about Indian brands to become global. The problem with Indian brands becoming global is, although Indian labour force has been able to command respect in the developed world, trust in terms of quality which Indian products and services are not yet able to develop. Innovation is another area where Indian brands takes the beating. The trust and innovation factor can only be built if we integrate with the world economy and take benefits of economies of scale. “India led globalization” as mentioned by PM in his speech and also quoted in many newspapers by officials and minsters from government, means that India is targeting to take benefits from anti-China mood that currently exists in many nations of the world. Indian government is eyeing towards supply chains getting relocated to India from China, particularly for US based firms. This will not happen easily as economic powers want the supply chains to move back to home countries, for example, Trump wants the production to come back to US even if the company thinks other way round. Apple is a glaring example, Indian government has had series of discussions with Apple to get its production shifted to India, to which Trump has warned the company that it will have to face heavy penalty if it does not shift its production to US.

Also, infrastructure including logistical services, credit facility and regulatory environment further needs to be enhanced in order to not only attract production of MNCs to India but also help in making Indian brands global. There is a need to reform labor, land and capital market. Recently governments of Uttar Pradesh, Madhya Pradesh and Gujarat has announced labor reforms for a period of three years. These reforms are fine but in order to attract MNCs in India, these should be more permanent in nature. 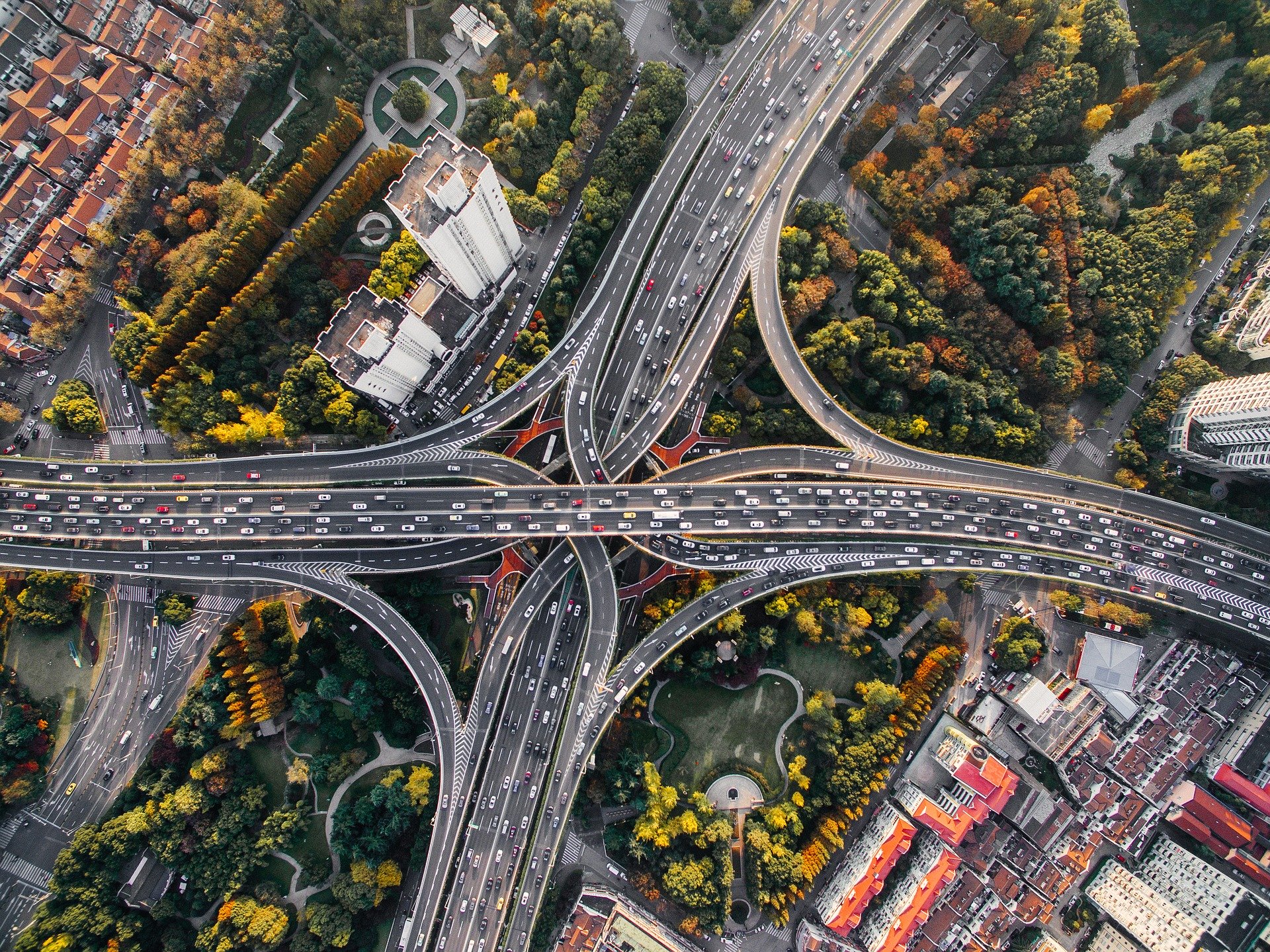 Similarly, Indian government has been supporting small size firms particularly, in labor intensive sector, this has restricted bigger players to enter in these sectors. India, in order to improve infrastructural facilities should think of developing bigger size Special Economic Zones.

The median size of SEZs in India is 0.3 square km with biggest SEZ of Mundra in Gujarat having size of 64 square km. However the size of Shenzen SEZ in China is 1,953 square km. These bigger size SEZ having capabilities for large scale manufacturing, favourable labor laws coupled with other infrastructural facilities like electricity and logistical cost will help companies to shift their supply chains to India. Similarly ease of doing business reforms also needs to further pushed to make the environment conducive for attracting these bigger foreign companies. However, this cannot be achieved only by policy announcement but needs to be followed with strong implementation road map as what has happened with SEZs in current form in India. We are currently facing unprecedented times, worse than even World War II and now everything will be looked as pre-Covid and post-Covid. The world-order and geo-political environment will change considerably. In order to rebuild India’s economy, it requires herculean efforts.

India will be able to do so by strengthening and building core competencies in different sectors and also remaining part of global supply chain where some of the components based on core competencies remains in India and India takes benefit of other components of supply chain located in other countries of the world, including China as well. Infrastructural facilities also need to improve drastically if India dreams of attracting supply chains of large foreign companies to India.