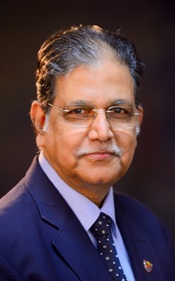 The coronavirus crisis, which began in China in late 2019 but emerged as a full-blown pandemic in March, has plunged us all into a global health crisis and an economic downturn. It has dramatically redefined what a normal life means. Because it affects every country, the pandemic is far more pervasive than other crises we have experienced in our lifetime. The only comparable tragedy in terms of magnitude, perhaps, is the Black Death plague pandemic of 1346, which led to the death of an estimated 100 million in Europe and Asia.

To develop a deeper understanding of the effect of more than 60% of the world population under lockdown and people working from home, let us check some economic and social indicators. The International Monetary Fund (IMF) says that the global economy will shrink by 3% this year and many countries will face a severe recession. China’s economy contracted in the first quarter of 2020 – the first time since records began in 1992.

COVID 19 has pushed back the achievements of SDGs. In India alone, it is estimated that about 300 million people will be pushed below the poverty line.

Demand for oil has all but dried up as lockdowns across the world have kept people inside. The crude oil price had already been affected by a row between Opec, the group of oil producers, and Russia. Coronavirus has driven the price down further. Brent crude is the benchmark used by Europe and the rest of the world. Its price dipped below $20, to the lowest level seen in 18 years. In the United States, the price of a barrel of West Texas Intermediate (WTI) turned negative for the first time in history. 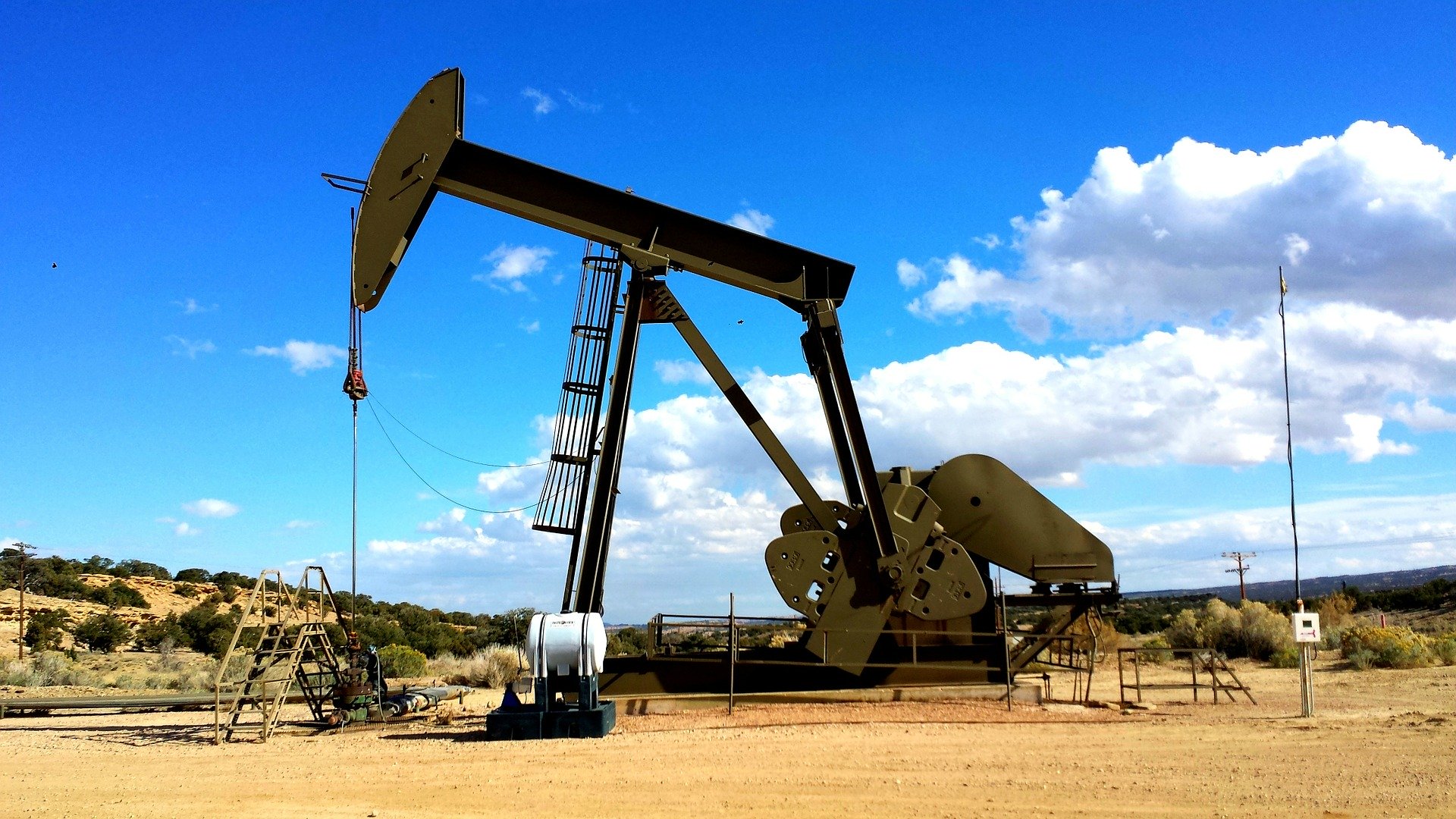 The Dow and the FTSE saw their biggest quarterly drops in the first three months of the year since 1987. In the United States, the number of people filing for unemployment hit a record high, signaling an end to a decade of expansion for one of the world’s largest economies. Around 4.4 million Americans filed for unemployment during the second week of April 2020. Close to one million people in the United Kingdom also applied for benefits in just two weeks at the end of March 2020.

At such times, it is easy to overlook what former U.S. Vice President Al Gore said in his Nobel lecture in Oslo in December 2007:  “In the Kanji characters used in both Chinese and Japanese, the word ‘crisis’ is written with two symbols, the first meaning ‘danger’ and the second ‘opportunity.’” John D. Rockefeller emphasized the same idea when he said that he sought to turn every disaster into an opportunity. Winston Churchill is believed to have said that one should never let a good crisis go to waste. The truth is that every crisis, while deeply unsettling, also contains the seeds of opportunity.

During such disrupted time communication can play a decisive role in turning crisis into opportunity. But in this unprecedented time the nature and content of communication have changed utterly. And many executives are concerned about “What do I communicate? How do I talk to people?

When dealing with uncertainty, leaders need to look at communication from the perspective of the audience and have empathy for them rather than fear of doing the wrong thing. This requires companies to communicate when they don’t have all of the information, to reveal as much as they can about sensitive information, and to be vigilant about correcting mistakes without worrying about the repercussions. As tennis champion, Billie Jean King once said: “Champions keep playing until they get it right.” Decentralized communications are understandable and even desirable in large, complex organizations. But in an emergency or fast-moving situation, you need a crisis-response team. With the coronavirus, we are seeing this happening at all levels: President Trump appointed Vice President Pence to head up the national effort. Dartmouth, and many other universities, have created task forces. Best practices for communicating in a crisis, including speaking early, often, and directly with employees and consumers.

Employees are the most important constituency and function of an organization as ambassadors to the community. If they aren’t informed and don’t understand what is going on, communications outside of the organization will be more difficult. The institute needs to demystify the situation for employees, put everyone’s mind at ease, and provide hope for the future. Studies have shown that leaders, in particular, have a special role in reducing employee anxiety.

Compassion, empathy, and consistency are a few words associated with communication during a crisis period. Earlier in this text, it is noted that ‘when dealing with uncertainty, leaders need to look at communication from the perspective of the audience and have empathy for them’.

Unfortunately, showing effective empathy is not as easy as simply saying “I understand how this made you feel and I’m sorry.” According to psychologists and experts, there are three forms of empathy to consider and learn. All are genuine. But in a business setting, some varieties are more appropriate and effective than others The three kinds of empathy a leader can exhibit are Cognitive Empathy, Emotional Empathy, and Compassionate Empathy. They break down like this:

A leader demonstrates cognitive empathy when she conscientiously listens and strives to understand the opinion of an employee or a consumer. On the face of it, the ability to study and respect all sides of a position is useful and can increase the recipient’s respect and involvement. But without a balancing component of emotional or compassionate empathy, cognitive empathy may come through as a cold and calculated action. Something similar to a lawyer who studies the opponent’s position only to build a better strategy for shutting them down. Cognitive empathy, on its own, can seem crass and conniving instead of effective or kind. Cognitive empathy is concerned with: Thought, understanding, intellect. It brings benefits: Helps in negotiations, motivating other people, understanding diverse viewpoints, and ideal for virtual meetings. But has pitfalls: Can be disconnected from or ignore deep emotions; doesn’t put you in another’s shoes in a felt sense.

When a leader tries to understand and sympathize with another person makes the other person’s opinion contagious. The leader isn’t just listening but begins to feel what the other party is feeling in an emotional and personal way. When a baby’s mother smiles, for example, the baby will tend to smile and feel happy as well. But when a baby or a toddler in a room starts to cry, other babies will often become agitated and begin crying as well. Emotional empathy may be beneficial for showing unfailing support to a close friend or a family membev br. It can be beneficial for professionals such as healthcare workers as well, in providing comfort and determining the best course of treatment. But too much emotional empathy can burn the practitioner out, or maybe unprofessional in business settings that require a high degree of authority and self-control.
Emotional empathy is concerned with: feelings, physical sensations, mirror neurons in the brain. It has benefits such as: Helps in close interpersonal relationships and careers like coaching, marketing, management, and HR. But has pitfalls: Can be overwhelming, or inappropriate in certain circumstances.

Of all forms of empathy, compassionate empathy is generally the most ideal for a business or political setting. A leader shows that she is truly listening when she exhibits compassion. Her words and actions convey that she is not only understands the customer or employee’s point of view, but she genuinely cares about it. Yet the leader remains composed and diligent in the process of making a genuine apology, amending a wrong, and maintaining the composure and self-control to enact a solid improvement to programs and training that can prevent a negative situation from happening again. Compassionate empathy is concerned with: Intellect, emotion, and action. Brings benefits: Considers the whole person. But has very few pitfalls – this is the type of empathy that we’re usually striving for in the workplace!

There is No Script for Empathy

The reality is that there is no script for empathy. It’s less about what is said and more about showing up and listening well.

But, some of these examples of empathetic responses, arranged in six groups, may help you as a leader to avoid the well-worn clichés and find a better way to express empathy to those around you.

“I’m sorry you are going through this.”

“I hate that this happened.”

“That must be hard.”

“I can see how that would be difficult.”

“I can’t imagine what you must be going through.”

“I wish I could make it better.”

“My heart hurts for you.”

“It makes me really sad to hear this happened.”

Show gratitude that the person opened up

“Thank you for sharing with me.”

“Thank you for trusting me with this. That really means a lot.”

“This must be hard to talk about. Thanks for opening up to me.”

“How are you feeling about everything?”

“I want to make sure I understand…”

“You are a warrior.”

“What do you need right now?”

“I’m happy to listen any time.”