COVID-19’s speed and scale has created great uncertainty and emotional disruption of an unprecedented scale. Worldwide, over 4 million people have been diagnosed Covid19 positive while around 340,000 have lost their life succumbing to the pandemic. In India, presently these figures are 130,000 and 3,800 respectively. The coronavirus has not only created great uncertainty but has elevated stress and anxiety in people who do not know what to do, which way to go.

In such a situation, people focus only on the present; future does not come on their radar. The stress and anxiety get compounded as information is unavailable or inconsistent during these Corona times. Even if people get some communication, they feel unsure about what they know or anyone else knows. Disaster of such a magnitude calls for nations, states, districts as well as educational, health and business organisations to communicate with their people effectively, efficiently and empathetically as everyone is dismayed; has lost confidence and is scared for life. Psychologists and behavioural scientists, through their research, have found that human desire for transparency, guidance, and making sense out of the situation, especially in such disastrous situation. What is wanted these days is proper communication, communication and communication.

In these days of distress and dismay, leaders need not wait for full facts to emerge before communicating as the crisis involves many unknowns and surprises; generally, facts do not become clear within the time frame for decision-making and communicating. In these days of Covid19, people, apart from information exchanged between themselves, need positive, reliable and soothing communication from their leaders. The leaders at different levels and in different fields need to communicate with their people, especially in current infinitely complicated and uncertain situation caused by Covid19, which has no easy answers, not to speak of solutions. They have to take tough decisions but its communication has to be done properly, effectively and empathically with diverse audiences. Presently, the leaders have to deal with tough trade-offs between life and livelihood and to do so, they need to read the nerves of the people.

The governments in various countries and states, never before, had faced such a crisis situation. Businesses are in standstill and business leaders have been put under intense spot as the mangers, supervisors and workers are looking for direction which should be provided through clear and unambiguous communication from the leaders.  Think of the leaders of corona warriors who are facing an unprecedented demand for communication; they need to have the ability to bear all backlash as has been observed in many attacks on doctors, nurses and police personnel. 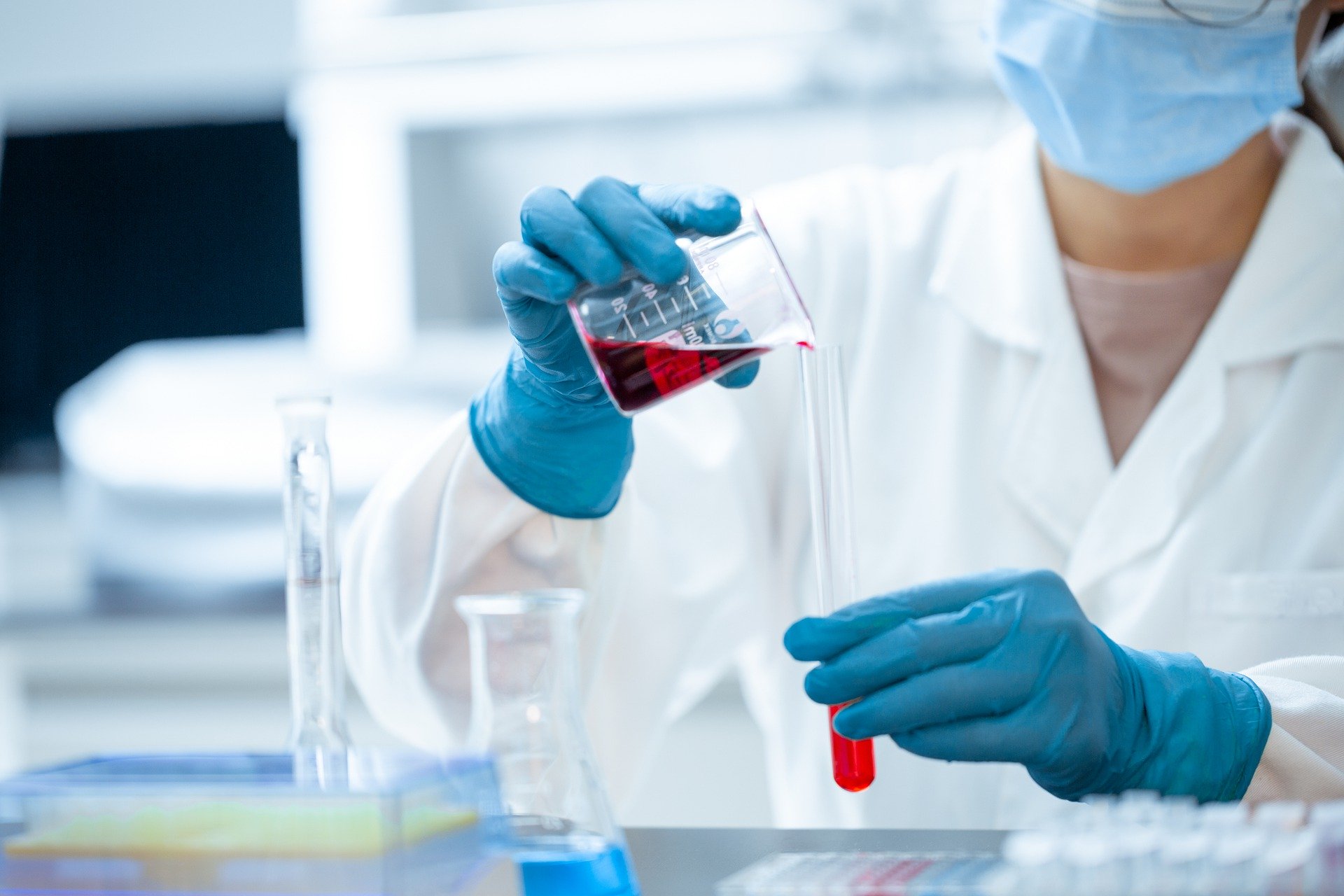 Such attacks result from mistrust and mis-communication, therefore, these leaders have to quickly connect with demoralized employees and Covid19 victims hanging between life and death as well as with people at large. In these times, a leader’s meaningful words, postures and actions (means of communication) act as an elixir to life. Such communication is helpful in keeping people safe while helping them to adjust and cope with the mounting stress.

As this crisis is deepening, various issues like public health, workplace safety, job loss, and new ways of working and living are surfacing day by day. Thus, the crisis caused by Covid19 may bring the “next normal,” to which all of us will have to adjust. Only proper communication can bring awareness and readiness for adjusting to the forthcoming “next normal.”

Based on the survey on the functioning of governments of 28 countries during this crisis period, Gallup, the world-renowned survey agency, has found that Prime Minister, Narendra Modi is the world leader #1 in dealing with this global disaster even though the Covid19 crisis communication in India is very complex. The communication exercise in India, apart from being complex is difficult as well as she has 736 districts in 28 states and eight union territories, which have varied dialects and cultures. Therefore, the communication task of Indian Prime Minister is far more complex than the leaders in countries such as USA, UK, France or Germany who have to deal with one language and one culture (there are dialects there as well but everyone understands the common language).

Narendra Modi, the leader of the nation, has not only to address 1.3 billion citizens, but has also to chalk out customised, tailor-made crisis communication plans for different states and varied sections of the society. India, being a developing country having 270 million people below poverty line, has to especially address the poor and marginalised. The first nationwide clear communication relating to Corona came from Narendra Modi on 19th March when he called for a ‘Janta Curfew’ to be observed on the 22nd March. At the end of the curfew people were to clap/ring bells for five minutes to acknowledge the efforts of Corona warriors – doctor, nurses and health workers – in fighting this virus. While the nation received and reacted to the communication very well, the efficacy of the communication was marred by a small number of people who did not observe social distancing in their enthusiasm to clap or ring bell.

Earlier a ‘Covid19 Economic Task Force’ led by the Union Finance Minister Nirmala Sitharaman was created who had promptly communicated the Indian government’s decision to transfer money to poor people through their ‘Jan Dhan’ account in banks. This was for helping and building confidence in the poor and marginalized people.

The scheme of direct transfer helped the poor and needy except in a few cases where the accounts were either closed or non-operative. Two days later, the Prime Minister announced the complete lockdown countrywide for 21 days without giving sufficient notice. Though the communication was well received by the nation, migrant labour workers, who wanted to go back home, got stuck as various transport services were suspended.

In his address, the Prime Minister had requested all the employers to pay salary to their employees/workers. Good employers, in their own interest   as well as that of the employees/workers, continued to pay the later. The question is how long they will be able to be a good Samaritan without earning themselves. The communication of lockdown was well delivered; it had assured the maintenance of the supply chain of essential goods but some people, out of the fear from Corona did panic buying even though the message was loud and clear; the lockdown was to keep the Indians safe from covid19 and to boost the morale of people. 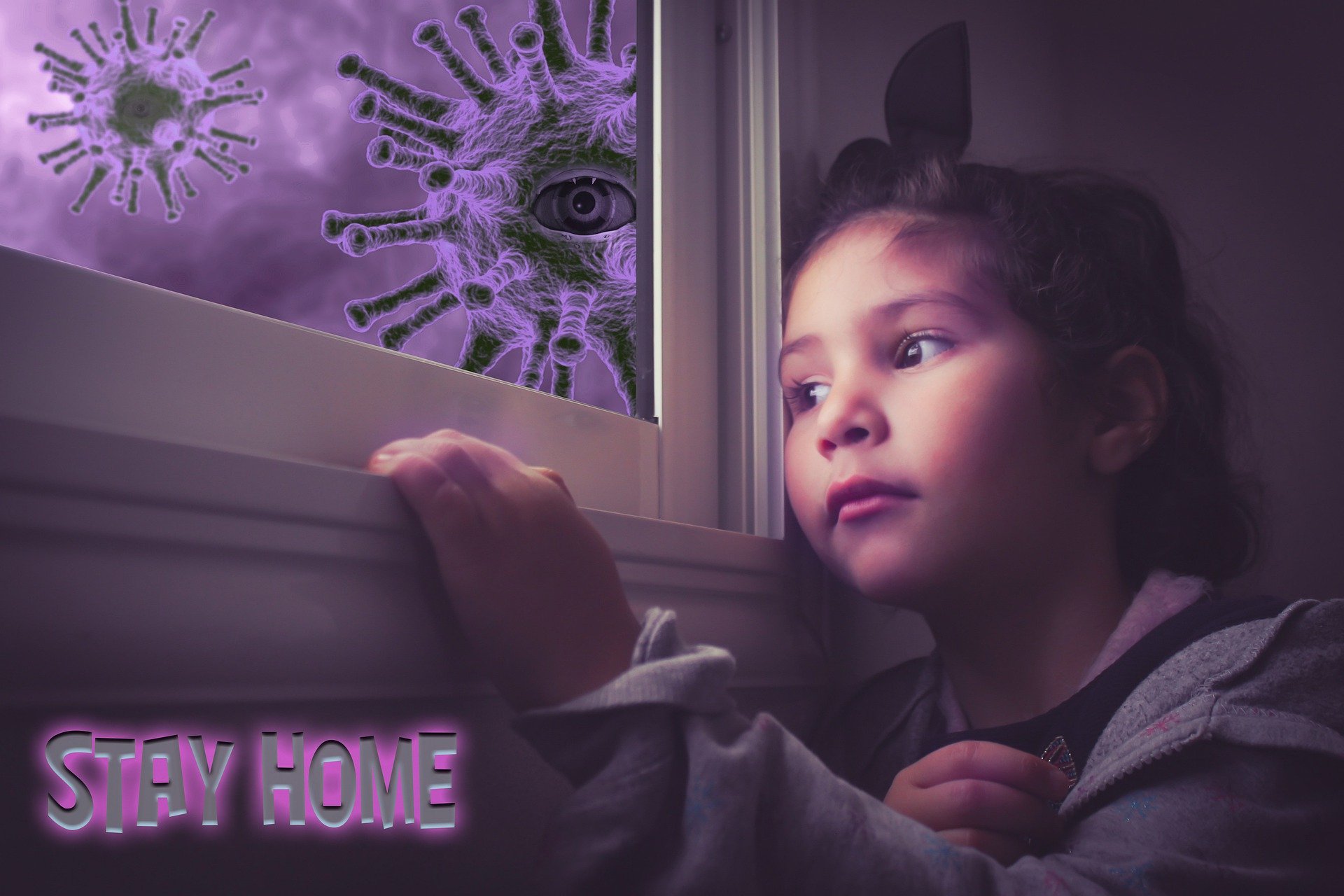 During public disasters, especially during pandemic like Covid19, the efficacy of crisis communication depends on the accuracy of the information disseminated as also the inclusivity of people. Though communication is same to everyone, the receptivity towards the message varies from one group to another; from one person to other. Even if the receptivity is same, the interpretation varies in different groups and by different persons. As far as covid19 is concerned, debate is still going on whether it has entered the third vital stage in India.

Therefore, the communicating agencies involved must device an inclusive communication strategy that addresses the concerns of people belonging to diverse social and economic groups without creating any fear or helplessness in them. In addition, the communication should install confidence in people and act as a balm to heal their wounded feelings.

Apart from the government communication, India has a free and vocal media; they should ensure that it doesn’t discriminate or stigmatise the content consumer as it happened for quite some time relating to ‘Tabliki Jamaat.’ Further, the Delhi government faced a special challenge of communication with the migrant workers, majority of whom come from UP and Bihar. The communication became more challenging as various state governments started communicating differently about the movement of migrant labour.

The worst scenario appeared when some non-state actors started miscommunicating about departure of train from Bandra station of Mumbai that resulted in unwanted gathering of thousands of people, thus, exposing the community to Covid19 infection.

Be that as it may, Prime Minister Modi, to contain the spread of Covid-19, announced Lockdown 2.0 which came into force from April 14 till May 3. This was essential as the number of novel coronavirus cases were growing very fast. Simultaneously, he said that there could be some relaxations after April 20 in places other than the hotspots; the nation having been divided in red, orange and green zones. During the period, some had started believing that covid19 had moved from the ‘prodromal’ stage to ‘in-crisis’ stage 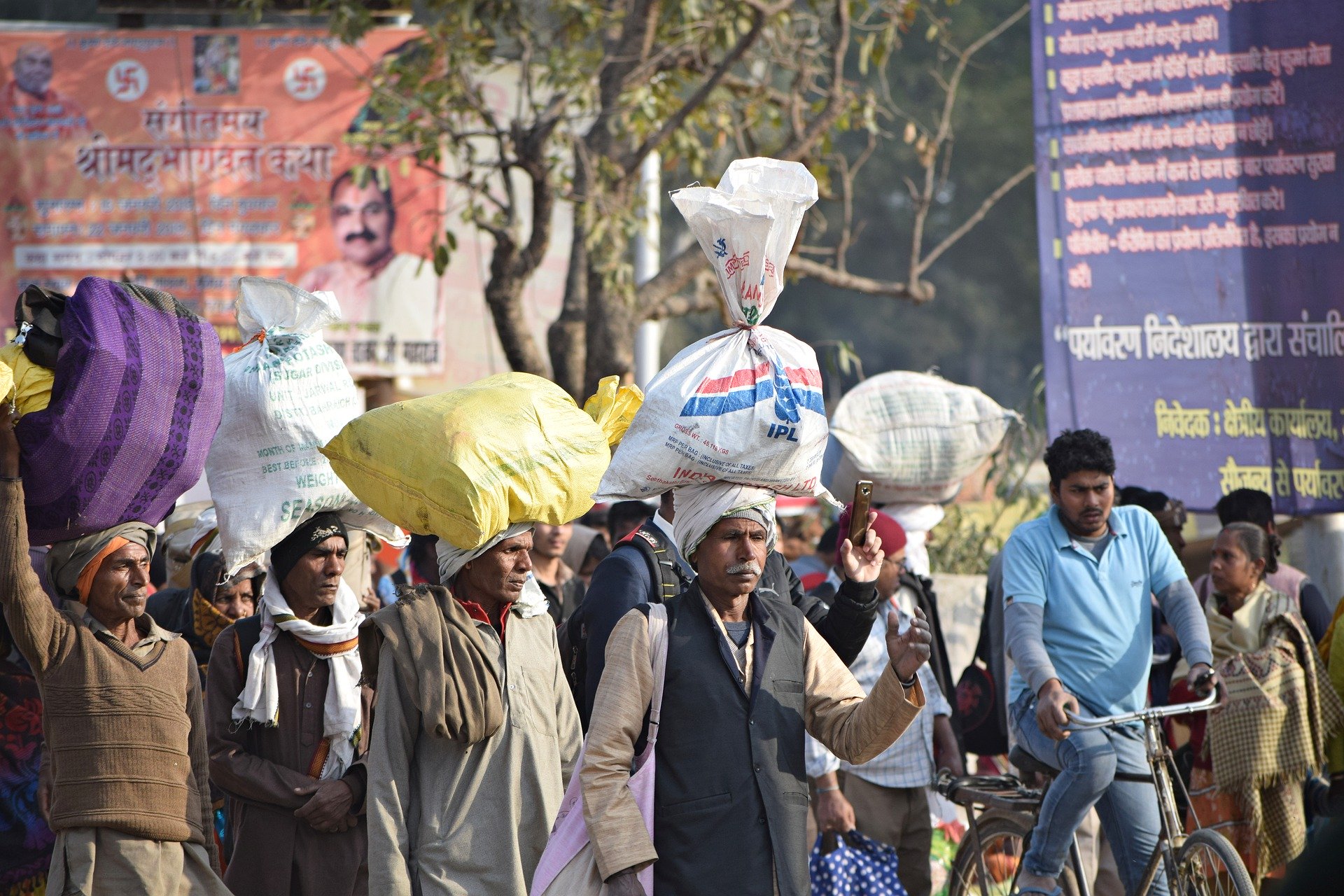 This belief got further strengthened as lockdown was further extended. This time, the Prime Minister did not communicate with the nation; the home ministry was asked to make the announcement that extended the lockdown by two weeks, thus, lockdown #3 became effective till May 17. People, business and other institutions got dismayed; the stock market fell sharply.

In this announcement, however, there was some ray of hope as various activities were permitted to start in the green zone whereas orange zone was allowed restricted activities but the supply chain of all essential goods was maintained in all zones. Real lockdown was in containment areas where nobody was allowed to move out or move in. The people in containment zone, as expected, initially revolted but law and order were restored when administration started distributing essential goods in these areas.

Later, concerned with the livelihood of the people, Modi communicated to start economic activities slowly but surely. With the partial easing of lockdown restrictions, business responded; many of them started manufacturing and selling. People thought that the government may further relax guidelines substantially for the resumption of economic activities at a bigger scale.  Grapevine had it that the lockdown will be lifted on May 17.

As we were nearing the end of the lockdown #3, the Prime Minister, after a marathon meeting with Chief Ministers, communicated with the nation on May 13, when he announced a relief package of 20 lac crore. During his address to the nation, he also talked about clamping lockdown #4 from May 18 till May 31, the details of ensuing lockdown, however, were kept under wraps. 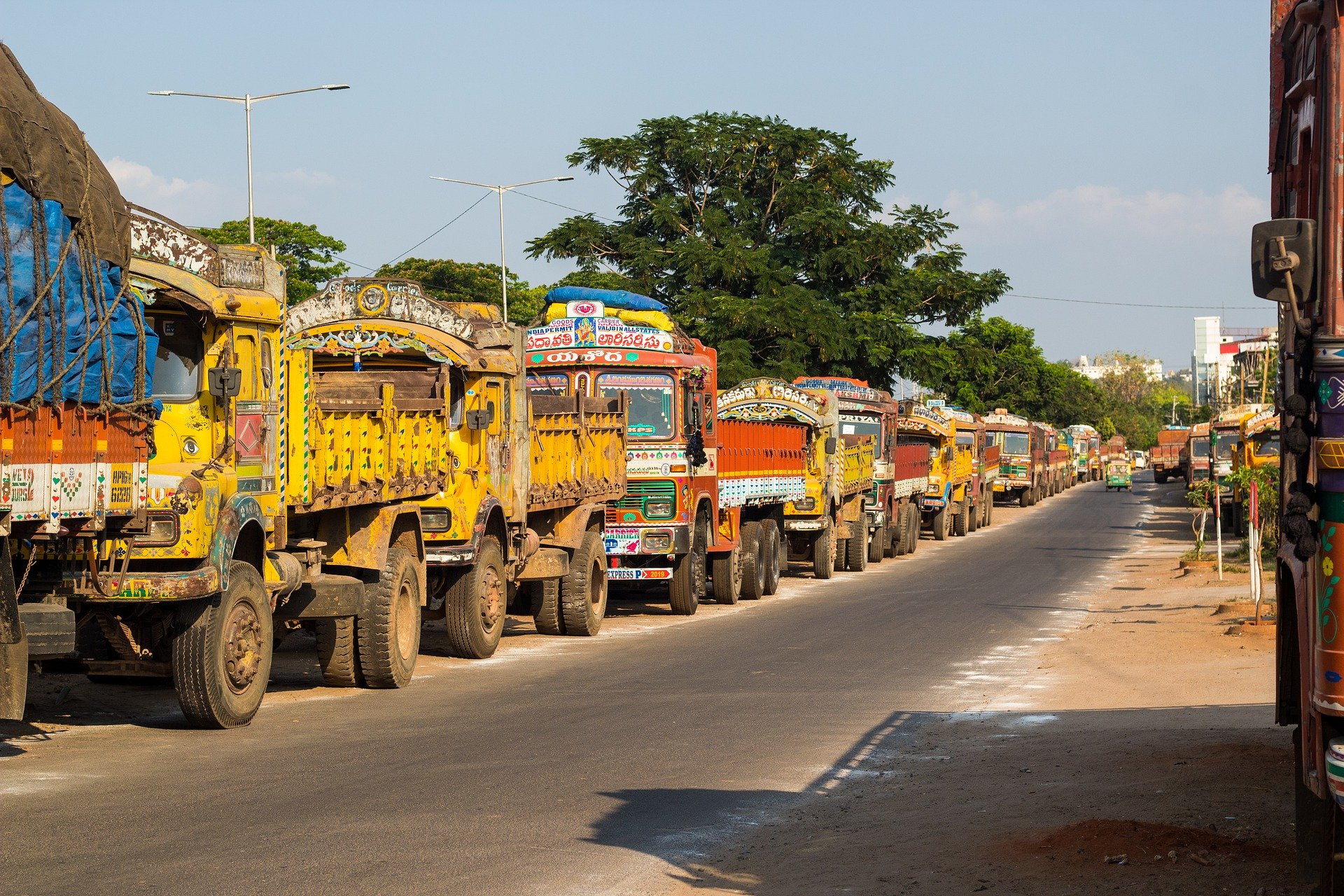 Considering the communication and factoring in the package, stock market reacted positively as the Nifty had a gap up opening and businesses started readying for normal operations. All indexes remained range bound. People and the market were still waiting for the Finance Minister to give the details of the package. We were at a stage where the national leadership needed to adopt the ’Rhetorical Arena’ theory of crisis communication.

This communication theory, also known as the ‘multi-vocal approach’, emphasizes the complex and dynamic nature of organizational crises.  Such approach basically informs tactical facilitation of a collaborative approach among multitude of actors – government officials from the centre and the states, quasi government agencies, disaster management teams, media representatives and NGOs – to act collectively through constant consultations, data sharing and discussions during crisis.

This type of collaborative partnerships and multi-vocal approach in communication will ensure grass root level penetration of key messaging and streamlining the flow of communication at macro and micro levels, while restricting the scope of fake news/rumour mongering. I sincerely hope that just like ‘corona warriors,’ thousands of administrative and media persons are trained in communication process and techniques and the nation adopts ’Rhetorical Arena’ approach of communication in this crisis.