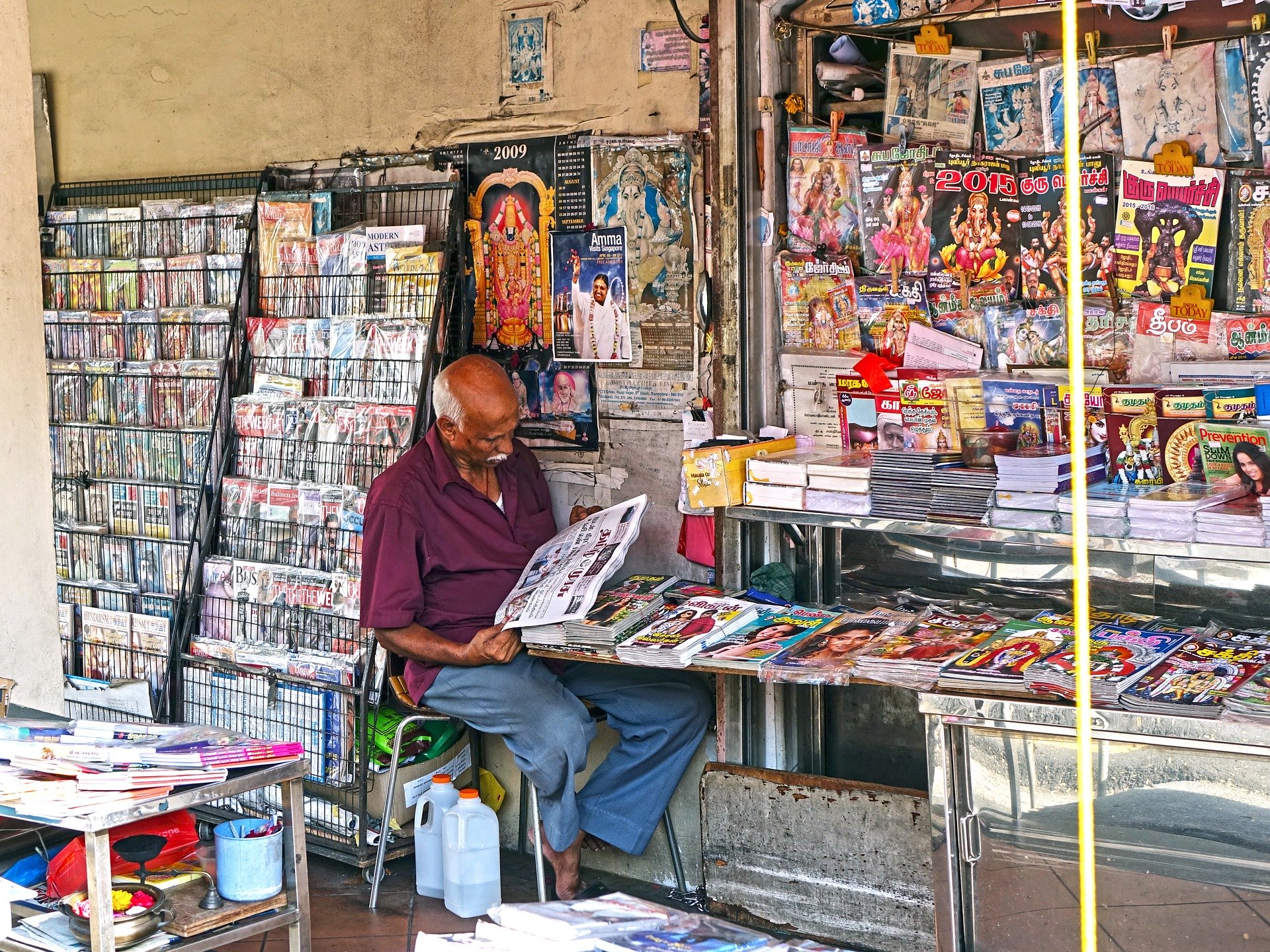 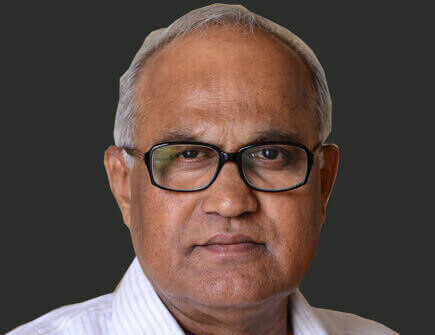 With India trying to adapt to the “New Normal” post the havoc that the Covid19 pandemic has wrecked on the Indian economy and analysts and economists scrambling to revise their GDP growth estimates, the Indian Government has decided to open the Lockdown announced on March 24, 2020 in a phased manner and restart the economy. The Government has progressed from “India chose to sacrifice its economy and save lives” – “जान हैं तो जहान हैं” to “जान भी जहान भी” – “Lives as well as livelihoods”.

Any lockdown results in the economy coming to a standstill and being brusquely halted in its track of economic growth. With the pandemic having negatively impacted countries across the world, the International Monetary Fund (IMF) had revised its projection for FY21 global growth estimates to a contraction of 3%.

In its report World Economic Outlook (Kaur, 2020), states that the growth number for India would be approximately 1.9% for 2020-21. From March 25, 2020 to May 31, 2020, India has announced four lockdowns thereby, forcing analysts and rating agencies to revise their GDP growth numbers for the Indian economy. The lockdown has resulted in disruption in demand and supply chains causing a sharp growth deceleration. 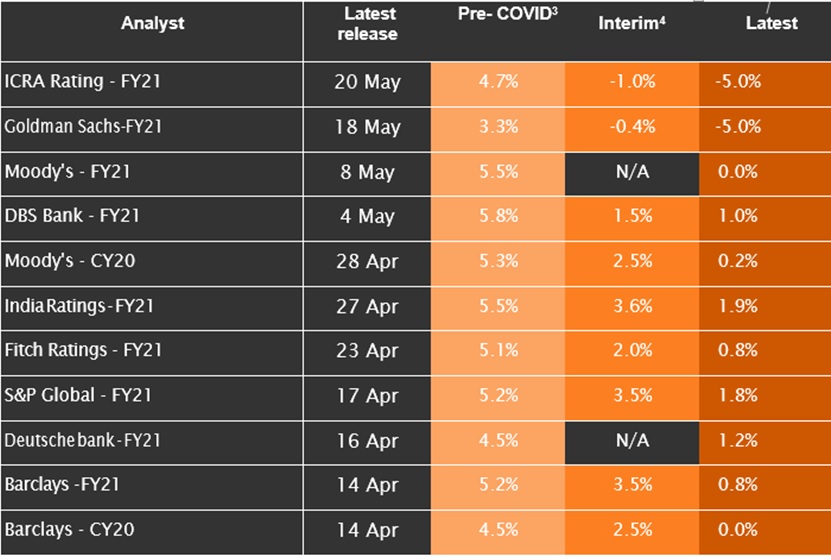 What do Economic Indicators suggest…

The belief is that till the time a vaccine and cure for this pandemic is discovered economic activity will face ongoing disruptions for the next 12-18 months as the country and people transition to a post Covid19 world and adopt the “New Normal”. CPI inflation in March 2020 declined to 5.91 (new base 2012=100), compared to 6.58% in February 2020, a reflection of fall in demand which is a disturbing signal. Inflation numbers for food and beverages declined to 7.82% in March 2020 from 9.45% in February 2020. The provisional numbers for April 2020 have not been declared in view of the nationwide lockdown to contain the spread of the virus.

The exchange rate for INR has been depreciating in comparison to the USD and is currently at 1USD = Rs. 75.33. Rather, the rupee has been steadily depreciating in terms of the Nominal Effective Exchange Rate (NEER) in relation to currencies of 36 trading partners thereby reflecting Indian economy’s reducing competitiveness since July 2019. March numbers for rupee depreciation are likely to have been influenced by the net outflow of FIIs from the Indian stock market. However, with the economy being reopened ie Unlock1.0 and relaxation of restrictions taking place, the cheer and positive sentiments in the stock market is back and the Sensex has rebounded to 34,284 as on June 3, 2020. Interestingly, in May 2020 foreign investors have poured in over Rs 17,000 crore into Indian equities, largely driven by block deals. This could be reflective of the Government’s timely and long term structural reforms.

The silver lining on the wall for India is the impact of lower demand on prices of crude oil. With India importing 80% of its requirement of crude oil, and price of Brent in April 2020 dropping to 19.34$ per barrel as against 32.01$ per barrel in March 2020, this can strengthen India’s fiscal position by reducing the import bill, positively influencing current account deficit, checking inflation, bringing down production levels and boosting of tax revenue for the Government, the flip side being an adverse impact on exports. Rather, Central and State Governments of India are eyeing increased taxes on petrol and diesel to fill their coffers and help supplement the revenue loss impact due to the Lockdown, thereby offsetting of low tax collections to a certain extent. This will help in building the pool for Government to dip into for their welfare schemes and programmes. Moody’s has downgraded India’s sovereign (long-term) debt ratings to Baa3 from Baa2 earlier but experts believe that the negatives have already been factored in by the Government and that there is unlikely to be any short-term impact of the move. Index of Industrial Production in February 2020 prior to Covid19 having impacted India showed recovery signs and rose 4.5% over last year compared to 2% in January 2020 with manufacturing activity increasing by 3.2% mining output 10% and electricity generation 8.1%. However, the pandemic has brought all economy activity to a standstill resulting in demand and supply challenges for the country and world over.

To counter the negative impact and give the requisite boost to the economy, there have been structural reform announcements to the tune of Rs. 20 lakh crore (close to 10% of the Indian GDP) by the Government of India in the past couple of months to address the worrying economic scenario in the country. Critics state that it is too little, but, shouldn’t one appreciate the fact that the Government has kept the burden on taxpayers at a minimum? Some term it as being tepid compared to other emerging economies and far lesser that those announced by advanced economies while others view it as a reformative fiscal package which will have a far reaching positive long-term impact on the economy.

A landmark structural change has been brought about in the agricultural sector. The Agricultural Produce Marketing Committees Act (APMC) has been amended which will allow contract farming companies to procure directly from farmers with a predetermined agreed price without the intervention of APMCs. This will allow food processing companies and multi-brand outlets to directly procure commodities from the farmers’ doorstep and thereby break the traditional chain of middlemen taking away farmer’s genuine remunerative prices. For farmers it will now be a scenario of “my crop, my right”. 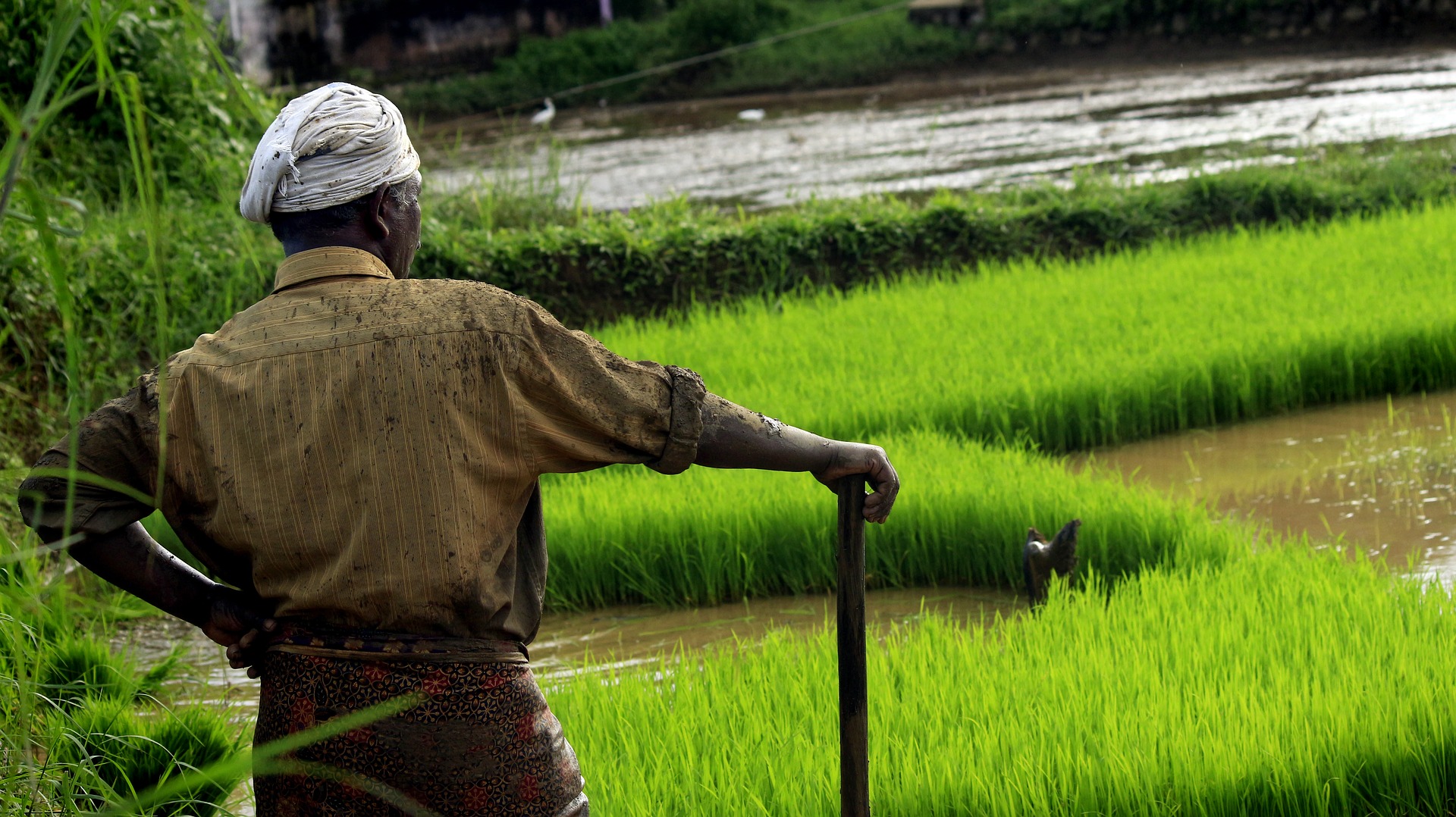 Additionally, the Government has also increased the Minimum Selling Price (MSP) by 1.5 times for kharif crops ie paddy, cotton, oilseeds, pulses, cereals etc. With the Prime Minister vying for Indians being “आत्मनिर्भर”, i.e. self-reliant and “Vocal for Local”, to name few other measures announced by the Indian Government in this direction are: FDI limit in defence manufacturing under the automatic route has been increased to 74%; privatisation to be undertaken of power distribution in UTs; PSEs other than those operating in strategic sectors to be privatised with private companies also to be allowed in the strategic sectors; encouraging private participation in coal and mineral industry; world-class airports to be developed through the PPP model; suspension of fresh initiation for insolvency proceedings to be suspended for one year, definition of MSME widened, street hawkers and vendors to be given a collateral free loan of Rs. 10,000; Rs. 3 lakh crore to be given as collateral free automatic loan to MSMEs, Rs. 30,000 cr special liquidity scheme for NBFCs/HFCs; CRR reduced to 3% leading to additional Rs. 1,37,000 crore liquidity enhancement; allocation of additional Rs. 40,000 crore under MNGREGS scheme to help boost employment in rural areas and 10% increase in MNREGA wage to Rs. 202/- per day from Rs. 182/- per day.

The million-dollar question being actively discussed in business circles now is how much more the Government of India could have done to revive and kick-start the economy / have adequate measures been adopted?

The stimulus package is a mix of fiscal and monetary support, ease of doing business processes, as well as some fundamental reforms. However, the catch still lies in the impact that this pandemic has had on changing consumer behaviour with higher demand being there for essential items ie food, health and wellness and lower spending on discretionary and luxury items.

Domestic and export demand has declined sharply and availability of credit for B2B and B2C customers has gone down. With businesses still trying to open up and restart the production process the impact on supply chain disruption is taking time to recover and settle. This is the time for businesses to re-strategize, re-imagine operating models, re-define customer value proposition and re-build customer confidence.

To further worsen the situation, with migrant labourers going back to their native villages due to the mental, financial and emotional agony inflicted because of job-loss, lack of job and livelihood opportunities has led to a huge exodus of workers from major cities of India to their native villages. This will have serious ramifications for labour availability and with social distancing norms in place the process of production will be further hampered. Less supply of labour will lead to an increase in wage rates. The flip side of the reverse migration is that states like UP and Bihar have initiated steps to tide over this crisis and to transform this tragedy into an opportunity. 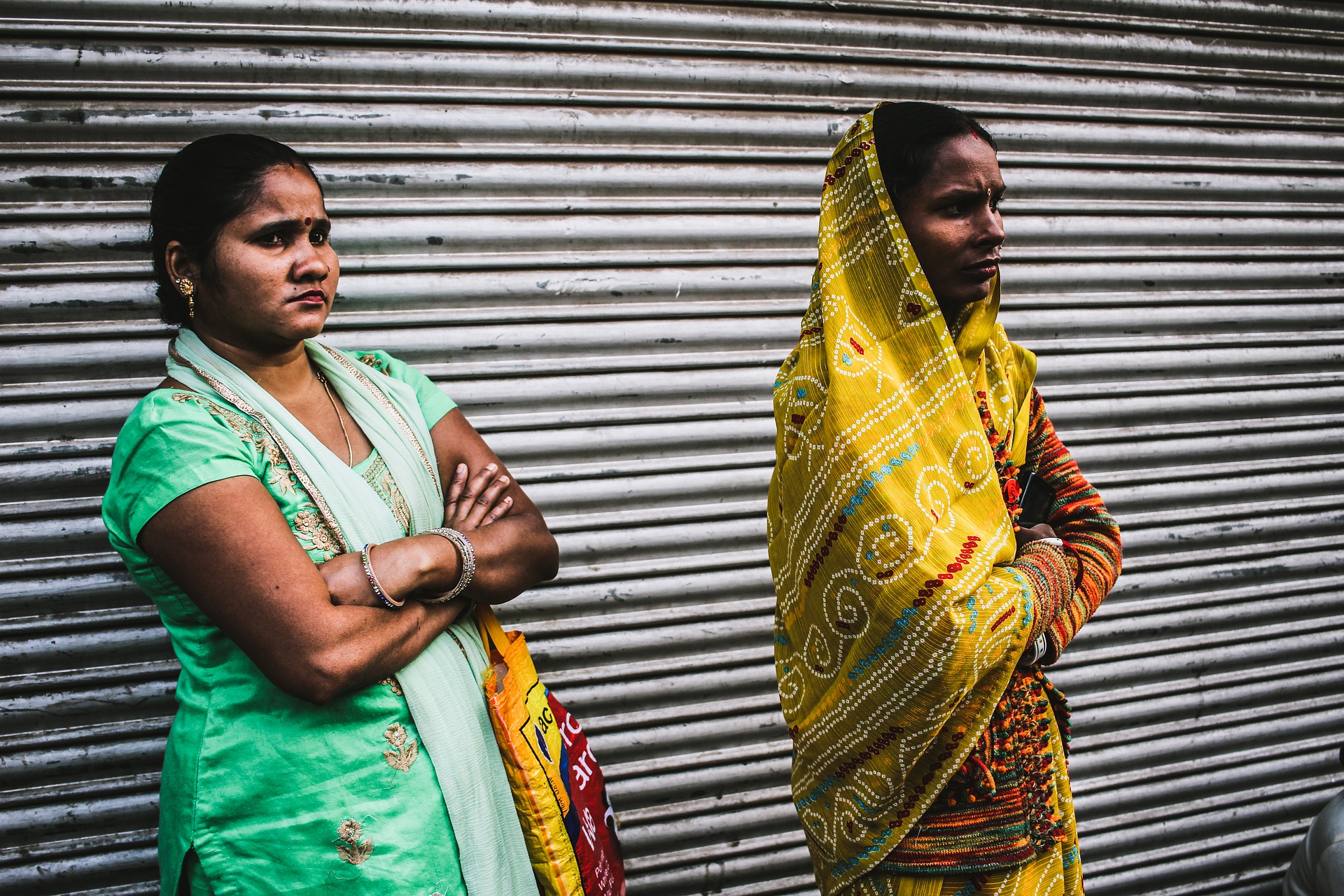 Bihar government has started skill profiling exercise for the returning migrants so that this data can be utilized by them to create employment opportunities for the utilization of their skills and development of the State. Rather data shows that 86% and 68% of the total number of households who worked under MGNREGA in Andhra Pradesh and Uttar Pradesh respectively have participated in the job scheme in 40 days in 2020-21.

It is imperative on the part of policy makers both at the Centre and State to scale up their responses as challenges unfold. This is mandatory to minimize the damage and shock caused by this pandemic on the formal and informal sectors. This could help pave the way for a V or U -shaped recovery for the Indian economy at large and help kick-start the journey back on the road to rapid economic growth that India has been treading on for more than over two decades. So, the question now is: Should the Government have focussed more on demand side measures as against supply side measures?

Should it have given out cash doles, direct income transfer to the lower strata of society thereby helping them in sustaining their living? This will also fuel demand in the economy and give the requisite push to the production process leading to revival of economic growth.

Is this the right time for the Government to worry about a widening fiscal deficit? Should monetisation of deficit be done? If yes, what about its implication on future inflation and interest rates?

Would like to end again by drawing your attention back to the fact that ‘This is the time for the Government and fellow Indians to reboot, redraw and reinvent the wheel of progress and paint a new standing in the World Economic Order’. Has the process already begun with countries such as US and UK asking for India to be included in G7 group of countries?