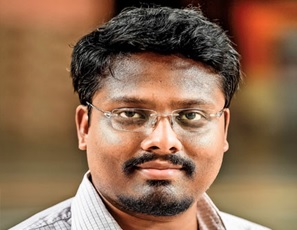 Social entrepreneurs are those entrepreneurs who use innovation with risk to generate business models for addressing societal and environmental needs that are not yet being fully addressed through existing governmental or non-governmental interventions.

The primary purpose of these enterprises is to create social value, while satisfying on the economic value creation for the sustainability of the firm and the social mission.

Social entrepreneurs, symbolizing the altruistic version of entrepreneurship, are community based, socially innovative in mobilizing and scaling up existing assets of the beneficiary groups, and trying to strike a balance between being “market-oriented” and “socially-based”.

In East Asia, it has been found that “necessity” and “shared destiny” as two primary conditions activating the inception and development of social ventures. In China, it is closely linked to its rural entrepreneurial cause, that played a crucial role in the economic transformation of China post-reformation.

During that time, entrepreneurs had engaged much with institutional bodies in policy reformation. The Guangcai Program had motivated private entrepreneurs adopting social entrepreneurship. In Taiwan, social enterprises are created mostly to address unemployment and for poverty alleviation. They also helped in creating an institutional collectivism in the country.

In South Korea, citizens’ movements and the government played a proactive role in inception and scaling of social businesses.

In this part of the world, there has been a strong association between education and social entrepreneurship, as community development sensitization through education was a socially entrepreneurial ingenuity. Such trends have been observed in Philippines and Malaysia. Innovation in educating and training poor and vulnerable youth in necessary skillsets had been a major social entrepreneurship opportunity. To deal with household economic conditions in rural Indonesia and Thailand, community-based enterprises are the social enterprises, because the community acts as both entrepreneur and enterprise to meet the socio-economic requirements.

In India, organisations like Ashoka Foundation have played an important role in enabling many social entrepreneurs, creating a community of charismatic entrepreneurs using business orientation to generate social reformation, a movement creating pathway by using market principles for social innovation. Capacity to work with diverse people, financial self-sustainability, favourable contextual forces, and democratic and participative decision-making, have been found to be some of the enabling factors in past research. Social entrepreneurship has also been found to have strong linkages with well-being in the healthcare sector. Increased social capital, capacity building and community empowerment, have been very distinct outcomes of the social entrepreneurship ecosystem in the region. Overall, the entire Asia Pacific region has seen an increasing social entrepreneurship movement that is here to stay, and will soon need movements in the policy structures to come up with distinctive legal identities and policy/regulatory frameworks for further enabling social enterprises to bring a bottom-up change thorough localised solution oriented interventions.

(These insights were very brief for the purpose of this blog. They are based on a research article by the author which discusses in detail about social entrepreneurship in the Asia Pacific region. The article is available in the Social Enterprise Journal by Emerald Publishing.)